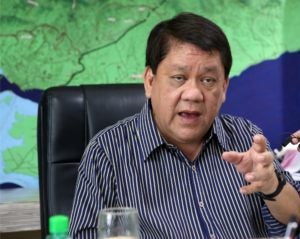 Cebu City Mayor Tomas Osmeña has asked the Department of Public Works and Highways in Central Visayas (DPWH-7) to suspend implementation of the drainage improvement project along Pope John Paul II Avenue in Barangay Mabolo until after the Christmas and Sinulog celebrations.

Osmeña made the announcement on his Facebook page at around 4 p.m. today in response to a complaint which he received through text on October 30 and November 17 respectively against the project implementation.

“To the person who texted me about the flood project in Salinas, DPWH has kindly issued a reply. FYI, the City’s moratorium only applies to Christmas and Sinulog so we are asking DPWH to resume operations right after the Fiesta Señor,” said the mayor’s post.

In a letter which he sent to Osmeña on November 20, 2018, Gauran also apologized for the inconvenience that the project has caused on motorists.

Pragmatic Development and Construction is now working on the construction and rehabilitation of flood structures from Pope John Paul Street (formerly known as Juan Luan Street) to Salinas Drive in Barangay Lahug.

Gauran said in his letter to Osmeña that the City Transportation Office has allowed the contractor to implement partial road closure from 10 p.m. to 6 a.m. to allow them to mobilize heavy equipment in the area.

Only minor works are being implemented by the contractor from 6 a.m. to 10 p.m. when the road is opened to public use.

The contractor, Gauran said, was supposed to complete 50 percent of the project by December 15, but this would no longer be possible now after City Hall ordered a project moratorium that would be lifted on Feb. 15, 2019.

Its supposed completion date is on July 2019.

“As an implementation office, we ask the public’s understanding in this regard,” said Gauran’s letter.

But Osmeña announced on his FB page today that the implementation of the project moratorium will push through.