Social media surpasses newspapers as news source in US — survey 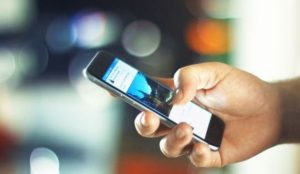 A recent survey shows that Americans prefer social media use than newspapers.

NEW YORK — A survey says Americans today are more likely to get news from social media websites than newspapers.

Pew has been asking about news consumption, with a slight change in wording, since 1991.

That year, 56 percent of Americans said newspapers when asked where they had gotten their news yesterday.