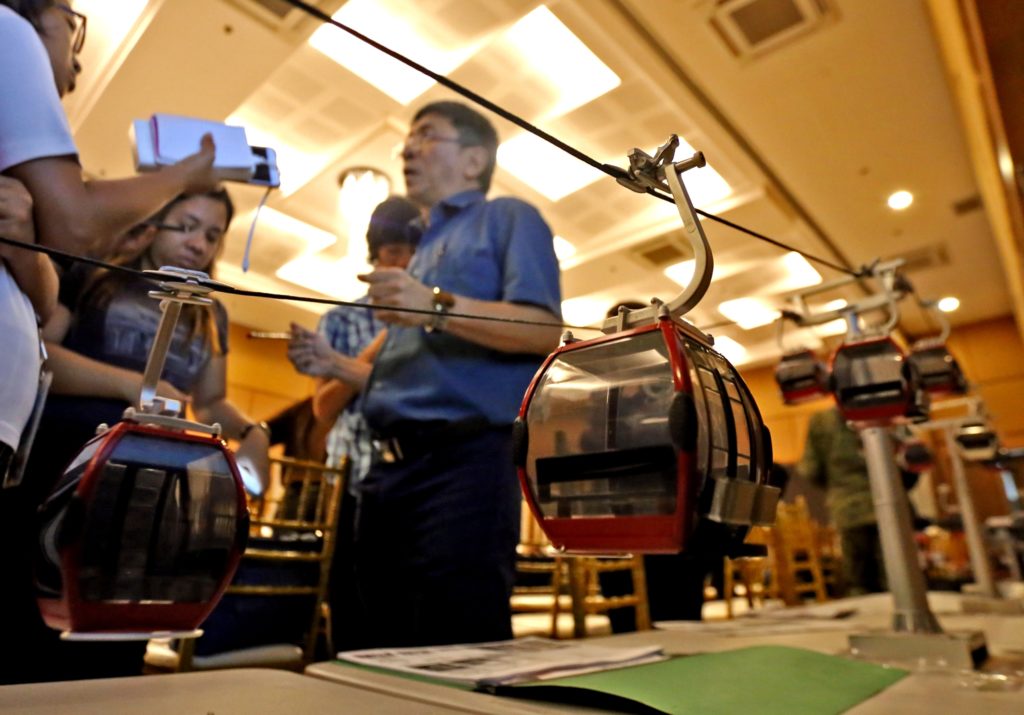 How does traveling across Cebu City using a “cable car-like” system sound like?

Fortunato Sanchez Jr., president of a construction line company and former private sector representative of the Metro Cebu Development and Coordinating Board (MCDCB), presented the Aerial Ropeway Transit (ART) as a mass transport system that would complement with the Bus Rapid Transit (BRT) in Cebu City and the proposed Light Rail Transit (LRT) that is expected to be put up across Metro Cebu.

Sanchez said a pre-feasibility study (PFS) for the ART in the cities of Cebu, Lapu-Lapu and Mandaue was being conducted and sponsored by an Austria-based company that manufactures cabins and sets up ART.

The PFS, Sanchez said, would determine the viability of the ART as well as the expected cost of construction and fare when it would become operational.

The PFS will also determine the strategic locations of the ART stations and its lines.
Each cabin of the ART could ferry 10 passengers from one station to another in an interval of nine seconds, Sanchez said.

“The number of passengers it can accommodate is equivalent to that of 200 jeepneys per hour per direction. It’s speed is at 22 kilometers per hour,” said Sanchez.
Sanchez said that the PFS was focusing on five lines — two lines each for Cebu City and Mandaue and one line for Lapu-Lapu City.

Sanchez said that they were only waiting for the PFS, which would be expected to be completed before the end of 2019, before they would lobby the project to the Department of Transportation (DOTr) and potential investors.

ART, according to Sanchez, would likely be implemented through a Public-Private Partnership (PPP).

National Economic Development Authority (NEDA-7) Regional Director Efren Carreon, in a separate interview, said the ART had a good potential to complement the earlier proposed mass transport system.
“This is good because you don’t have much problem for the right of way acquisition kay naa man ka sa taas, very minimal ang right of way. Dili pod kaayo siya bug-at sa investment because it is a cable and steel type. Dako ni siya og potential and considering nga it is already working in other countries,” Carreon told Cebu Daily News.
Carreon said the ART would also be an environment-friendly transport system since it would encourage people to do away with driving their own cars.