Through the years Part 1 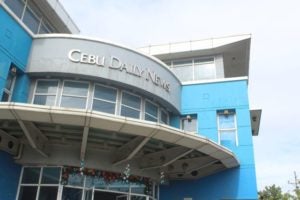 It was a Sunday afternoon in the late 1990s when a small one-storey house along Escario Street came abuzz with preparations as editors and writers patched together the maiden issue of Cebu Daily News. 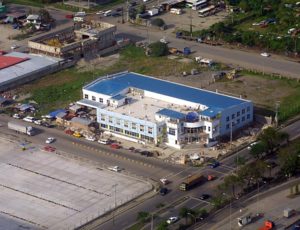 A wave of nervousness and excitement swept through the room as CDN’s first batch of reporters and editors pieced together the newspaper’s first issue with hopes of making an impact on Cebu’s booming community.

The scene was akin to an operating room where a major surgery was taking place.

Early the next day, CDN’s first issue hit the streets with a story about a clash between then Cebu governor Lito Osmeña and farmers of Malubog, a hinterland village in Cebu City, bannered on its front page.

A photo showing an injured 11-year-old boy lying on the street after he was electrocuted by live wires while trying to free his kite came with the day’s headline. 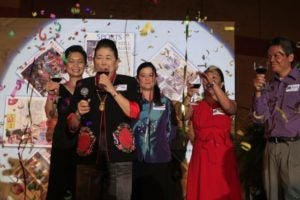 “We had the job to deliver more than what was expected. We had to make an impression. We were in high spirits at the same time we were so tired on our first day. But we celebrated it, on the second day, by refueling our motivation to compete with the two older dailies,” said Nagiel Bañacia who wrote CDN’s first banner story.

A brainchild of then Inquirer chairperson Marixi R. Prieto and her daughter, Inquirer president Sandy Prieto-Romualdez, CDN is one of two publications of Inquirer Publications Inc. (IPI), which also publishes Bandera, a national tabloid in Filipino.

(IPI has recently added Inquirer Libre to its print properties, along with Cebu Libre and Davao Libre, all of which are free tabloid-sized newspapers.)

IPI, which was originally Inquirer Cebu Inc. is now one of the 11 business units (BUs) under the Inquirer Group of Companies (IGC).

CDN, envisioned from the start as Cebu’s only independent newspaper, first held office inside a residential compound on Escario Street, Barangay Kamputhaw, Cebu City that was eventually turned into a commercial space.

But more opportune times called for the paper to relocate in one of Cebu’s busiest commercial districts, the North Reclamation Area in Cebu City, in 2004, where it has continued to grow.

Housed in the three-level Cebu Daily News Building owned by PEF Printing Corp., a separate BU and the printing company under the IGC, it was here where CDN strengthened its foothold as a community newspaper. 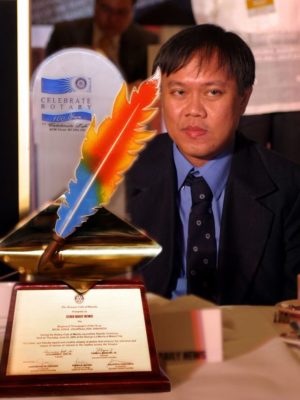 It is also in this location where CDN began to plant the seeds of its digital presence – by establishing its website and its social media page – beginning in 2009.

Years later, CDN would set the bar for the highly competitive newspaper industry in the Visayas region by becoming the first community publication to declutter its front page and introduce subsections not established before, such as those highlighting success stories of small- and medium-sized entrepreneurs.

“We had to find bigger stories, and will not resort to he-said-she-said. We needed documents, we needed proof, we needed more people to get insights from. And by the end of the day, we were glad that stories we had not just made any impact but stuck to the newspaper’s goal, which is journalism that builds communities,” recalled Bañacia, now Public Information Officer (PIO) of the Cebu City Government.

Today, CDN is still continuing to evolve and to challenge itself to stay ahead and revelant in this day and age of digital consumerism.

More than being “Cebu’s Independent Newspaper,” it is now considered Cebu’s digital news authority, garnering over 600,000 followers on its official Facebook page, with an engagement exceeding 25 million from January this year to date. 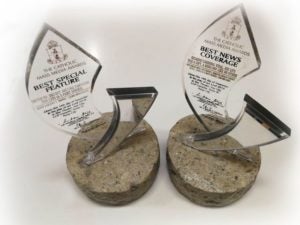 LATEST RECOGNITION. Best in Special Feature and Best in News Coverage are awarded to CDN during the 40th Catholic Mass Media (CMMA) Awards rite on Nov. 14, 2018.

The Cebu Daily News website, which is hosted by Inquirer.net, another business unit under the IGC, has an average monthly page views of 2.5 million.

As CDN embarks on a new journey this 2019, the paper looks back on the past two decades -remembering the people and the stories that helped shape the newspaper and the Cebu community that it helped to build along the way.

In a 13-part series, which starts today, the faces, headlines, photos, and bylines behind CDN will be featured along with the numerous accolades gained by the newspaper here at home in Cebu as well as from national and international award-giving bodies.