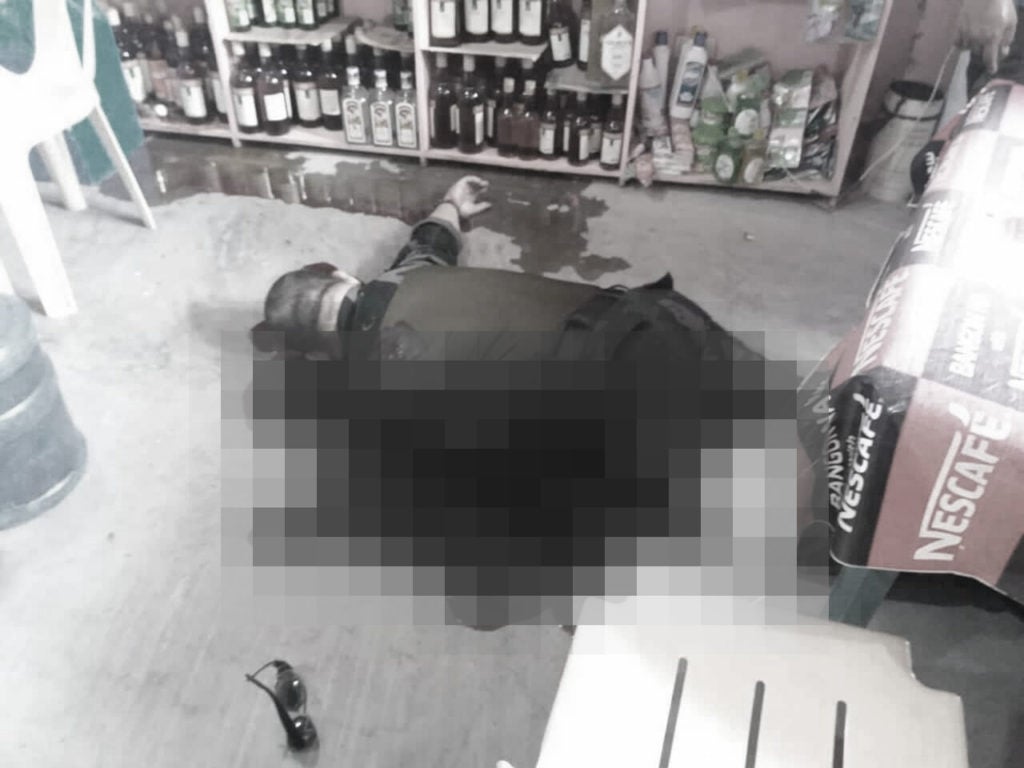 Senior Insp. Proferio Gabuya Jr., the deputy chief for operations of Guihulngan City Police Station, was shot dead inside a store in the city. Gabuya was going to buy a foccee when two riding assailants suddenly shot him using a M14 rifle. (photo/ PRO-7)

He said that they have also secured three witnesses who saw the shooting incident.

Navida said that while the motorcycle driver and his backrider had their faces covered, they hope to identify them with the help of CCTV footage which they secured from cameras mounted on nearby establishments.

Gabuya was shot dead by a still unidentified motorcycle tandem on Wednesday morning while inside a store located a few meters away from the police station.