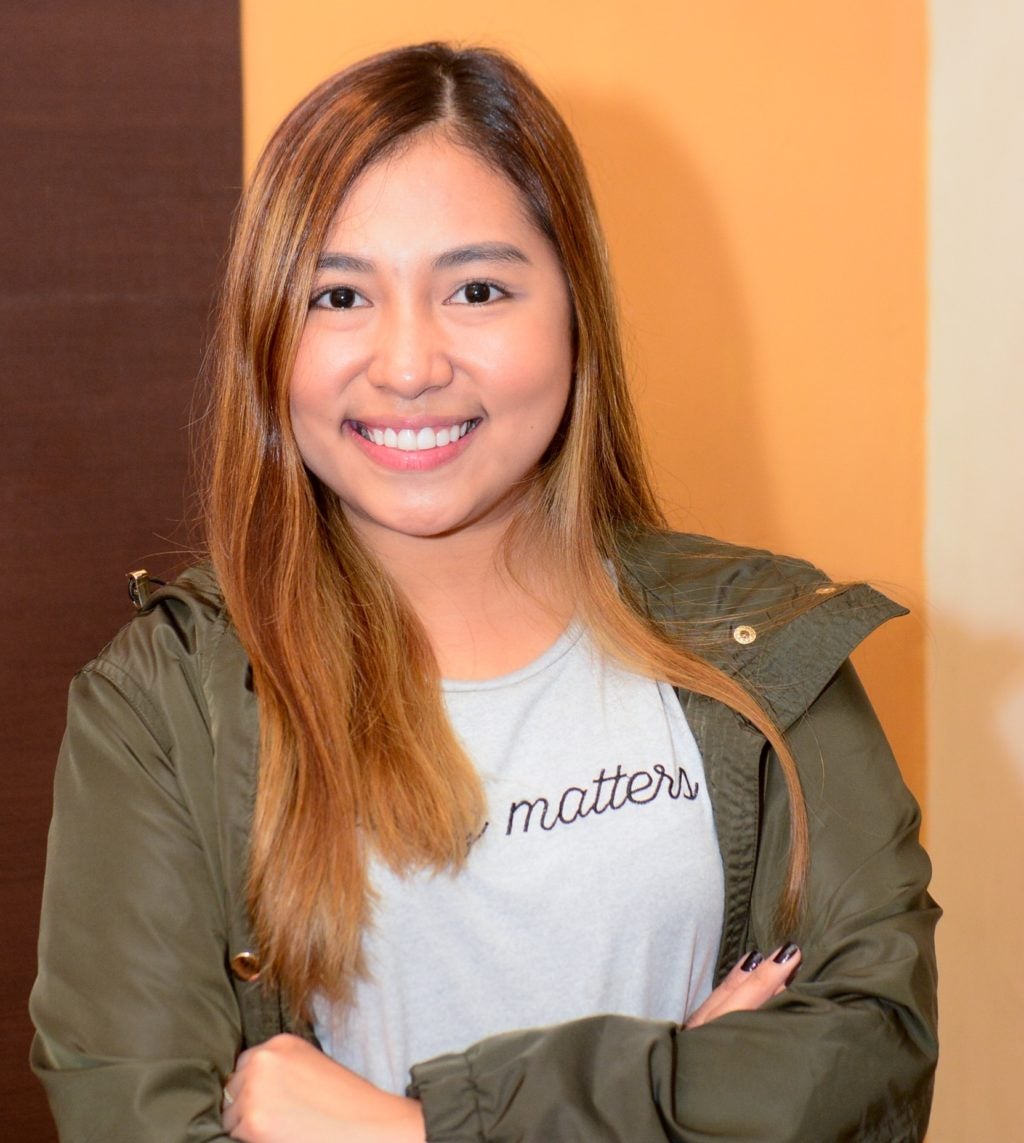 IT WAS that time of the year when local social media influencers came together to honor the best digital content creator in the blogosphere. In high-end resort glam, Malaya Macaraeg lit the stage as she bagged the night’s E! Look Whos Trending Award for 2018s E! Bloggers Ball.

A breakthrough influencer, Malaya is locally known for her viral social media antics as the fresh-faced and ditzy Cebuana spurring comedic antics on topics such as relationships and breakups, to the zany kind ie: keyboard warriors, cab drivers, the list goes on.

She just has this connection with the Cebuano audience.

“I was born in Manila and I was supposed to be named ‘Kalayaan’ but thank God, Papa bought this newspaper and Mama had my name changed to ‘Malaya.’ So to those people asking what my real name is, it’s really Malaya,” she says.

A force of nature, Malaya knows the importance of staying positive, keeping it real, and achieving one’s dreams.

Making a mark from her theater origins, Malaya’s rise to fame is described as unconventional. From being a social media personality and a radio DJ, she is now regularly seen on TV as one of the DJs hosting a segment for the county’s longest running noontime show, “Eat Bulaga!”

Whether online and on stage, she’s set to make a big impact and conquer more goals. And it’s all because of her healthy philosophy, positive mindset, and genuine personality. (NRG)

Now that you’ve reached this stage of popularity, what have you realized about yourself?

Before man gud I thought that okey na ko with my singing and dancing and just recently I discovered nga, I can do hosting man sab diay, though I took up Mass Communications. Dili man sab ko mauwawon, I’d like to say na ambivert ko nga pagkatawo. Kiat ko and there are times nga ganahan ko nga ako lang sa though not the type nga aloof. All in all, I learned that I can do so much diay like there are no limits if you stick to your passion. When everything works to your advantage, make the most out of it.

You have an interesting story about your tattoo.

My first tattoo well I had it last year, this is a cross with flowers because I see this as my source of comfort. I have a fetish for flowers. And of course, my God because whenever I feel sad, or lonely, or I needed and inspiration, motan-aw ra ko sa akoang wrist and mao na ma okey na dayon ko. 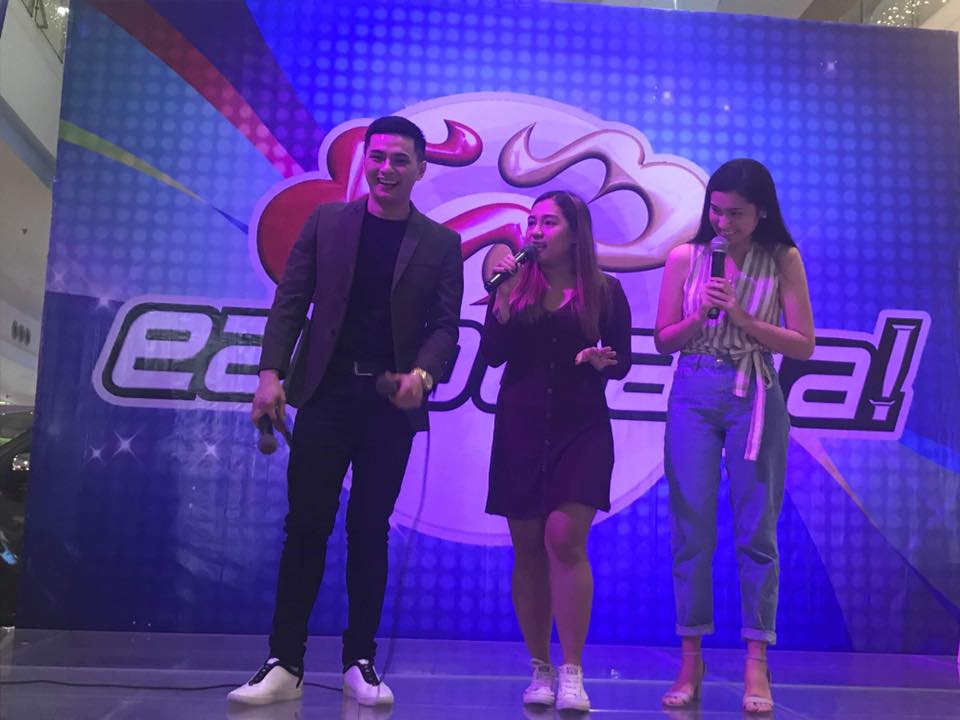 How many tattoos do you have?

I have three tattoos and the second one is shaped like a triangle and most people would tell me na it looks that of the Illuminati kuno but it’s not. It’s actually three corners which means God the father, God the Son, and God the Holy Spirit. For protection lang ni siya and within the triangle is an image of a mountain and birds so like my name Malaya, I am very adventurous and I really want to be free and independent, I had it January of this year. And the third tattoo is quite big, it’s a wolf Mandala and half of the face is ang wolf gyud niya nga face and the other half of it is that of flowers which represents art. Art has always been with me like bata pa lang ko mag sige na ko og perform sa school and sa theater.

Tell us about your beginnings.

Actually na discover ko sa BaiTV because of theater. They saw me performing on stage for “Gugmang Giatay-The Musical.” The executive director of BaiTV saw me perform and he was like asking everybody, “Who is that girl?” My role in that musical was a yaya and he was asking about my accent because the one that I used is similar to those in the southern part of Cebu, like in Dalaguete. One of my friends then said to him na dili gyud na mao akong accent though nakahibalo lang ko because mag-ulian man ko sa akong province. Eventually, BaiTV’s David Jones Cua finally got hold of me. He told me that they were planning to make a comedy show and mao na to, we started it with “Five Bisaya Accents You Hear Around Cebu.” We really didn’t expect nga it would be an overnight hit, like in less than 24 hours it got more than a million views and it was just overwhelming. I remember during that time I was actually working in a bank pa.

So, from a banker you became a social media darling.

Motuo gyud ko anang everything happens for a reason kay that time I really didn’t want to work in an office kay kapoy kaayo and draining and gamay gyud kaayo ang sweldo. In my heart, it’s always been my love to perform, dili gyud ko magsilbi anang four walls bitaw. Ganahan na gyud ko mo-resign that time and our first episode for “Hay Malaya” came out September of last year and by October Love Radio in Manila offered me to become one of their Manila DJs because they were looking for a Bisaya DJ, who’s from Cebu. It was such good timing because that time gud radio became elevated
because everything was digital and nahimo na siya nga “social radio,” as they call it.

How did “Eat Bulaga!” come into the picture?

Someone from “Eat Bulaga!” contacted our station manager from Love Radio because they are in need of hosts. From there everything just happened so fast and I have to be honest it was very overwhelming and this is what I really wanted. Though I also had my fair share of struggles being a radio DJ and makaingon gyud ko nga daghan kaayo kong naagian nga challenges pero this somehow led me to better opportunities.

What keeps you motivated you despite all the challenges?

Daghan (laughter). Bitaw dali ra bitaw ko makahilak when I think of things like these but first it’s all about my family. Also, I really want to pursue my passion for performing as well as hosting.

Did you have any idea you’d be famous someday?

Ever since ganahan na gyud ko makita ko sa TV. Kanang, I always aspire to be an actress and star in my own show.

Who are the celebrities you look up to?

Lea Salonga because of her long line of amazing theater works. Also, I love Jean Garcia! She is such an actress.

What perfect gift would you give yourself this Christmas?

Actually, if you would ask me happy ra gyud ko with what I have right now and I couldn’t ask for more. Though if there are other opportunities that are worthwhile, well then why not? Though wala na gyud ko mangandoy nga mosikat gyud ko og bonggang bongga like to be a major artista, wala na. I even plan that in the next three to five years mag business na ko, mobalik ko diri sa Cebu. Actually, nag start na gani ko with my mom sa among province there in Alcoy gud! (laughter). Ginagmay lang gud like a farm or a piggery, mga ingon ana. Nice sab mag venture into Airbnb.

What’s your advice to those aspiring to become a social media personality?

You don’t have to try so hard para maganahan ang tawo nimo. All you have to do is to be yourself, kana lang gyud nga ipakita nimo sa mga tawo unsa ka. Dili man sa giingon nga kinahanglan gyud ka mag-filter pero as much as possible never filter your life. Kana bitaw nga mag-pretend ka nga you’re someone else or someone that you’re not kay lisod kaayo ka ma-reach ana sa imong intended audience. The thing is if you try to become someone else, the audience would know. The audience is smart naman gud, they would know if you’re just putting up a front or you’re being real.

By: PR
read more
TAGS: BREAKTHROUGH, MALAYA MACARAEG, star
Latest Stories
Have you been to Libo Hills?
Daniel sa pagpapakasal kay Kathryn: Ready na ako
bai Hotel Cebu to have a MALL SALE in Manila
Solenn Heussaff shows funny comparison between 80s and 2020s mums
Toni Gonzaga proud to have made a stand
Most Read
Raven Faith Alcoseba: The hard climb to her SEA Games dreams
Billy Crawford thanks wife Coleen Garcia for making his ‘dreams come true’
Waterfront city in Mandaue seen to generate thousands of jobs in Cebu
2 Cebu grads among topnotchers of May 2022 Civil Engineer Licensure Examination
Jinkee Pacquiao to Manny: ‘I’m proud to have stood with you every step of the way. Forever