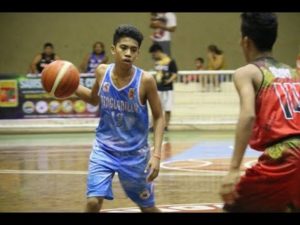 THE 2019 Samsam Gullas Cup will seek to honor the utmost dedication of the league’s founder and current Talisay City Mayor, Eduardo Gullas, to public service when it tips off on January 5 at the San Fernando Sports Complex.

According to program director, Deej Villanueva, this tournament is done to give thanks to Gullas, who started the competition way back in the 1970s until it was momentarily stopped in 2012.

It was revived by sports patron and Cebu first district Congressman Gerald Anthony “Samsam” Gullas in 2016.

With the tagline of “The Legacy Continues,” this tournament seeks to give players aged 20 years old and below a platform to showcase their basketball skills and perhaps make their way to larger stages in the future much like current PBA players and league products Brian Heruela and Roger Pogoy have in the past.

Recently, basketball prodigy and Minglanilla player Steve Nash Enriquez showed off in the 2017 edition of the tournament, which eventually led to him getting recruited to join the National University Bullpups in the UAAP.

A triple-header will usher in the 2019 edition of the Samsam Gullas Cup. Naga and Sibonga tangle in the opening game at 5 p.m. followed by the tiff between Talisay City and Carcar.

Minglanilla and defending champions San Fernando — the two teams that duked it out for the crown last season — will battle in the last game of the evening.

The six competing teams will play a single round-robin with the top four advancing to the crossover semifinals wherein the top ranked squad will clash with the fourth seed while the second ranked team battles it out against the third seed.

The winners in the semis will play for the title and the grand cash prize of P80,000 in a best-of-three series.

Read Next
MAQUILING, A RARE GEM