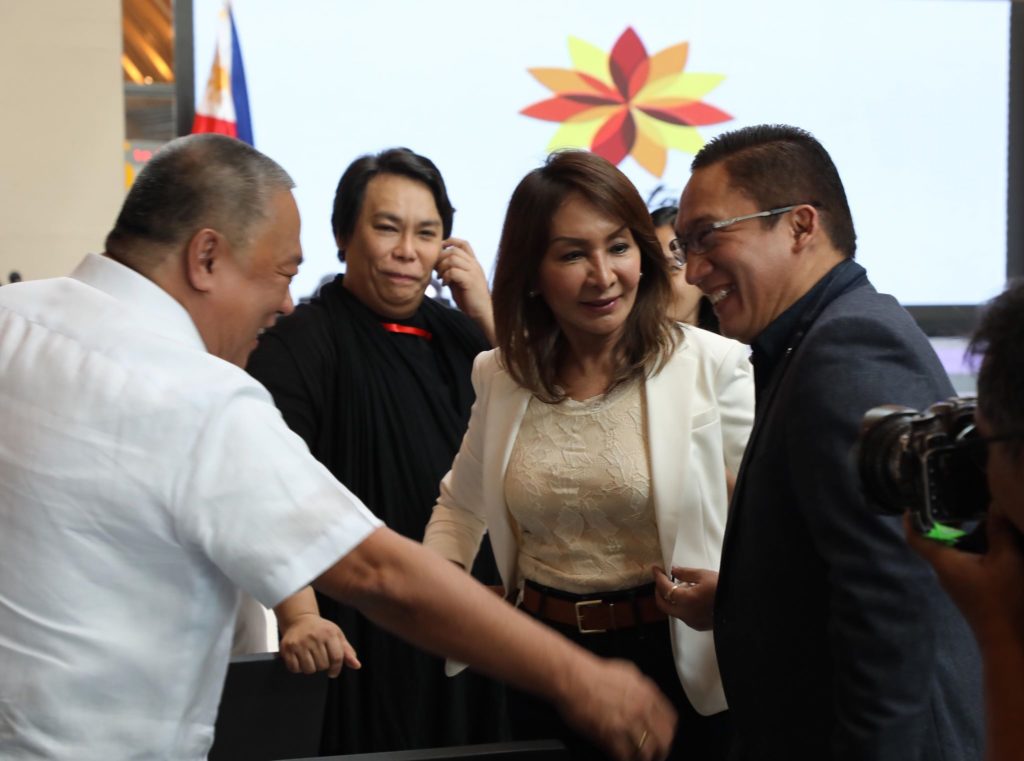 CEBU CITY, Philippines —Cebu’s third district Representative Gwendolyn Garcia has filed criminal and administrative charges against Governor Hilario Davide III, Vice Gov. Agnes Magpale and four other Capitol executives for allegedly filling in positions in the Capitol that were “not yet declared vacant.”

Rodas and Catan replaced former budget officer Emme Gingoyon and Dr. Cristina Giango, who were dismissed by the Ombudsman in November 2015 along with the other Bids and Awards Committee (BAC) members during Garcia’s stint as Cebu governor. The Ombudsman found the BAC members guilty of grave misconduct and grave neglect of duty over the construction of the controversial Cebu International Convention Center (CICC).

Davide consequently declared vacant the permanent positions for Provincial Budget Officer and Health Officer and posted the vacancy for the positions from March 1 to 16 and February 2 to March 9, respectively.

Rodas was appointed as budget officer in May 2016  while Catan got his appointment August of the same year. The appointments were ratified by the Provincial Board chaired by Magpale through a resolution.

For the said appointments, Garcia said the governor and other respondents of the case violated provisions of the Anti-Graft and Corrupt Practices Act.

Garcia argued that the appointments should not have been made considering that Gingoyon and Giango appealed their dismissal before the Court of Appeals in December 2015.

“With their said appeal, the said 11 November 2015 Decision of the Office of the Ombudsman, while immediately executory, could not yet be deemed final, hence it could not be said that the positions they occupied were already vacant,” the complaint read.

Aside from filing the criminal and administrative charges, Garcia also asked the Ombudsman to impose a preventive suspension against Davide and other respondents. She also asked the Deputy Ombudsman for the Visayas to inhibit from hearing the case.

CDN Digital tried to get Davide’s stand on the issue. However, the governor has not issued any statement yet.

The appellate court, on July 2017, released a decision that downgraded the charges against the BAC members as simple misconduct and simple neglect of duty which only carries a sanction of 3-month suspension.

Giango was reinstated in February 2018 and was reassigned as head of the Medical Clinic Unit of the Provincial Health Office. Gingoyon, however, has not yet been reinstated./rcg