LTFRB probe on viral sleeping bus passengers’ photos: No violation committed since bus was not moving 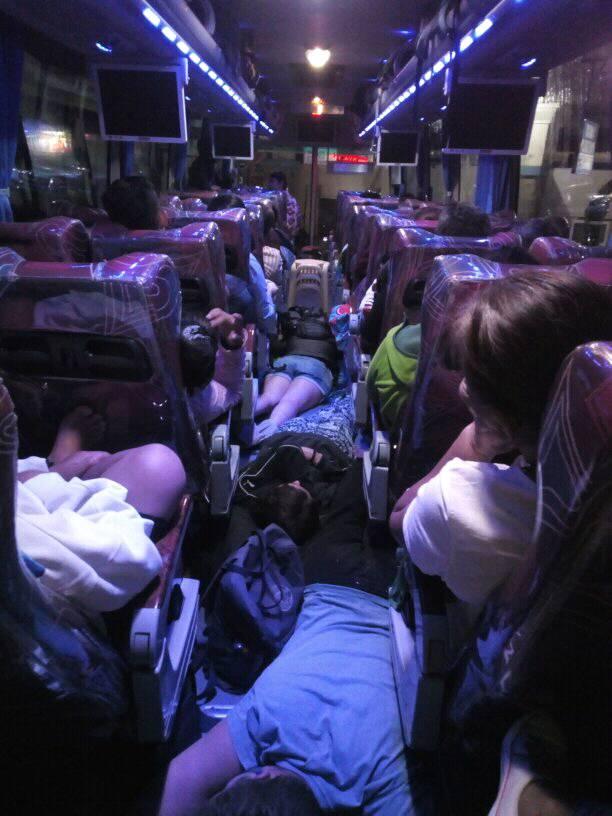 Several passengers on board a bus bound for Bantayan, northern Cebu sleep on the aisle. This photo, taken by Facebook user Lyndon Placencia, went viral on January 5 or days after LTFRB reminded Bus Operators of the existing No Overloading policy.

CEBU CITY, Philippines – The yellow-colored bus that apparently allowed passengers to lie down on the aisle did not violate any policy of the Land Transportation Franchising and Regulatory Board, and this was not overloaded.

This was the findings from the LTFRB in Central Visayas (LTFRB -7) when they conducted an investigation on the photos of a bus apparently allowing passengers to lie down on the floor, which went viral today, Saturday (January 5).

Eduardo Montealto Jr., director of LTFRB – 7, said the operator of the bus did not violate the No Overloading Policy (previously reported as No Standing Policy).

“We saw the post, and we immediately conducted an investigation. And we found out that there was no violation of the No Overloading Policy,” Montealto told Cebu Daily News Digital in a phone interview.

He said they invited this morning, representatives of the firm that operated and owned the bus which was bound for Bantayan Island, northern Cebu, and some of the passengers who boarded the bus for questioning.

“We found out that when the photo was taken, the bus was not moving actually. It was already on standby in Hagnaya Port in San Remigio, and was waiting for the ferry to dock to take it to Bantayan Island,” said Montealto.

“It just so happens the passengers seen lying down, who were foreigners, opted to because they were waiting for the ferry to arrive. Both parties’ claims actually coincided,” he added.

The viral photos were posted by Facebook user Lyndon Placencia who sarcastically made a reference on Filipinos’ ability to outsmart several policies crafted by government agencies in his caption.

Otherwise, they will face penalty worth P5,000./dbs