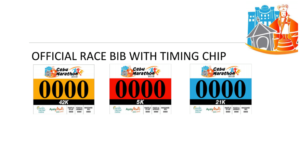 Cebu City, Philippines – It will be another tough race for runners as they join more than 4,000 others in the 12th Cebu City Marathon on Sunday, January 13, 2019, at the Cebu Business Park.

A total of 4,260 will be vying for the top places in their respective categories, said Kenneth Casquejo, the president of the organizing crew from the Cebu Executive Runners Club (CERC).

The number is lower than last year because CERC has limited the number of participants to just 4,000.

“We are concern more of quality now than quantity,” explained Casquejo on why they decided to lower the number of participants for this year’s 12th edition of the race.

Despite the 4,000 limit, organizers still accommodated an additional of more than 200 participants for Sunday’s race, which will be giving out a total of P180,000 in prizes.

Aside from the locals, there are also foreign participants coming from Singapore, Malaysia, China and Japan.

The course will be basically the same except that the 42k participants will now be passing by barangays Labangon and Tisa.