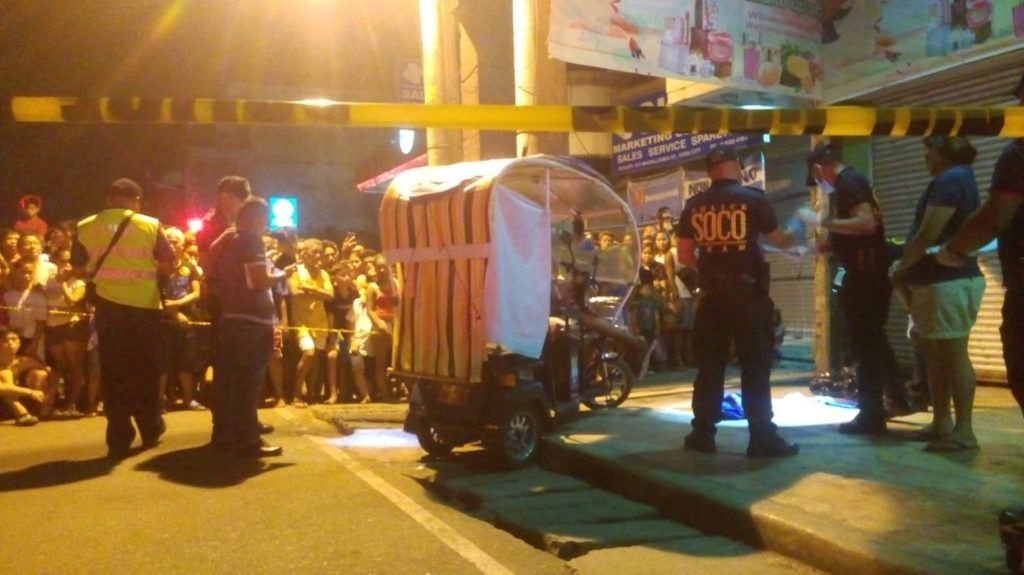 Personnel of the Scene of the Crime Operatives (SOCO) unit of the Cebu City Police survey the crime scene of the Magallanes St. shooting incident on January 13. Photo by Benjie Talisic

Jerry Lito Lauza, 47, of Barangay Suba, Cebu City, died after an unidentified gunman shot him in the left side of the head, said PO3 Joel Perolino, a Cebu City police officer, in an interview with Cebu Daily News Digital on Sunday, January 13.

Perolino said that it was possible that a motorcycle must have been traveling beside the victim’s e-bike as they both cruised along Magallanes St. near the Barangay Pahina Central area, when the backrider riding on the motorcyle pulled out a gun and shot the victim.

The killers then fled after the attack.

Perolino said that they were still trying to find witnesses so that they could get a clearer picture of what really happened and perhaps a description of the attackers.

The victim’s son in a separate interview with CDN Digital said that he did not know of anyone, who had argued with his father that might have triggered the attack.

He said that he was also surprised at what happened to his father./dbs

Read Next
No signs of Sabalones in San Fernando since his surrender, says town mayor