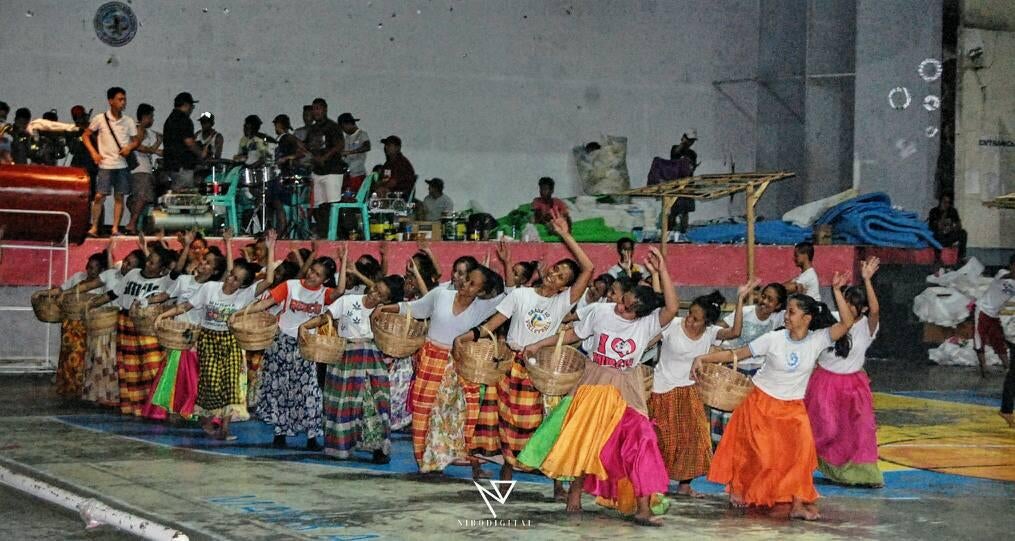 Performers from Murcia town in Negros Occidental practice their Sinulog dance./Photo by Abellar Niro posted on the FB page of Tinabu-ay Festival of Murcia

CEBU CITY, Philippines – High school students from the municipality of Murcia in Negros Occidental will be joining the Sinulog grand parade for the first time on January 20 to experience Cebu’s festivities and pay homage to the Señor Sto. Niño.

Their choreographer Carmelo Escototo said that learning the Sinulog dance was not easy for the 400 members of their delegation especially with the limited time that they had for their practices.

But their 100 dancers, 250 propsmen and 50 instrumentalists, who came from different schools in their town, never complained.

Their practices started on November 18, 2018 and continued every Fridays, Saturdays and Sundays that followed, from 6 p.m. to 10 p.m.

Escototo said that he too had to personally learn the basic Sinulog dance of two steps forward and one step backward from candle vendors at the Basilica Minore del Sto. Niño during a brief Cebu visit in December 2018.

All the other movements he learned from watching videos of the performances of contingents who made it to the top five of the Sinulog Based (SB) category of the grand parade in the last five years.

For their concept and costume, Escototo said he did his own research while he also sought the help of choreographer friends from Cebu.

Escototo, a Murcia town native, said that he was more used to doing choreography for their Tinabu-ay Festival, an annual town event held every December 8 to honor the Our Lady of the Immaculate Conception.

The festival is a combination of songs and dances that depicts what life is like during “tabo” or the sales of animals, vegetables and other farm products to buyers who come to Murcia to shop.

Murcia is a first class town in Negros Occidental with a population of 81, 286 as of the 2015 population census.

Escototo left Murcia for Cebu this week and ahead of his performers to attend pre-Sinulog briefings. Their dancers, props men and instrumentalists are arriving in the city on January 17 yet.

He said they were lucky of the support that they had been getting from town officials who had taken care of all their needs.

All that they needed to do was prepare for the Sinulog grand parade.

Escototo refused to reveal the concept of their SB entry saying that they wanted to give the Sinulog spectators an element of surprise.

But he said that their dance would be a combination of their Tinabu-ay Festival and the Sinulog sa Sugbu.

“We hope na makapasok kami sa top 5 since its our first time. If we do, that will be a privilege for us.”

But more than anything, Escototo said that the experience that they would get from their Cebu visit would already be priceless./dbs