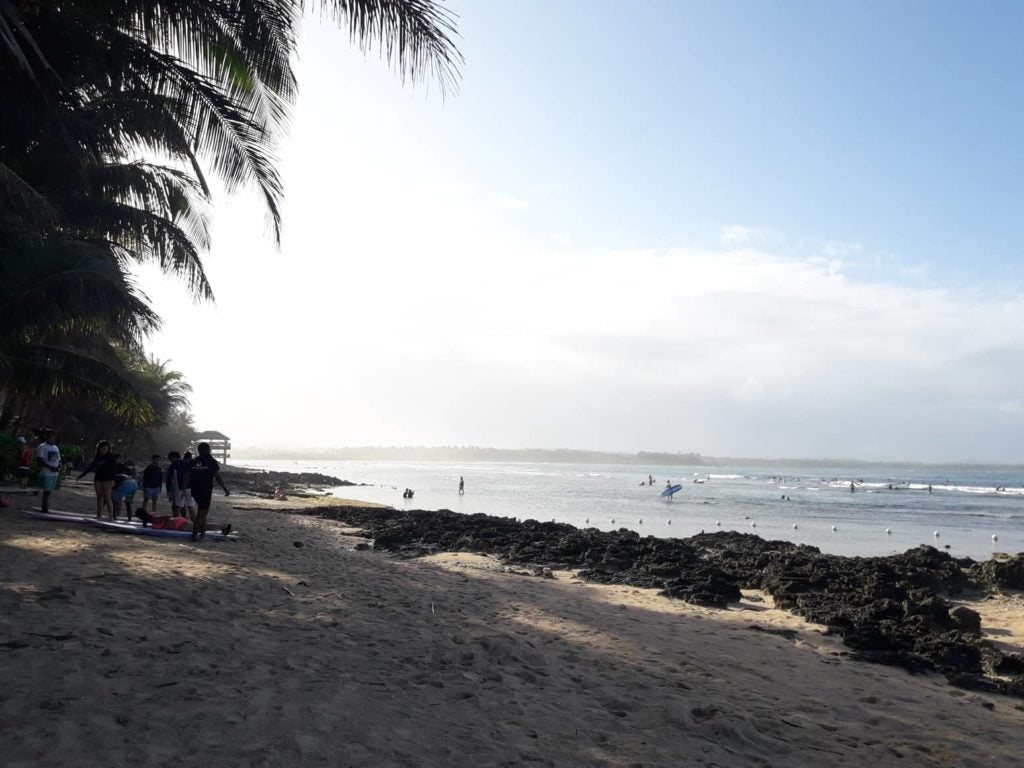 SIARGAO ISLAND — An international seaport and airport are two big-ticket projects that government officials are currently working on to support the increasing number of tourists in the world-famous island.

Surigao del Norte First District Representative Francisco Jose “Bingo” Matugas said the international seaport is currently under construction and is expected to be completed in 2020.

“The presence of this international seaport will allow us to receive cruise ships. So hopefully, by 2020, we can invite cruise ships to come to Siargao,” he told reporters in a press conference on this island on Saturday, January 12.

Matugas said the seaport will also open the entry of bigger roll-on/roll-off (roro) vessels from Manila and other neighboring towns and provinces, which will increase the island’s connectivity to key economies in the country.

Matugas said the development of the Siargao International Airport will be “delayed for a year” as they are still waiting for the budget to be released.

Matugas said the international airport has an estimated budget of P15 billion.

“Based on our timeline, we were supposed to purchase the lot for a three-kilometer runway in 2019. This will be bigger than the domestic airport of NAIA (Ninoy Aquino International Airport),” he said. “We have already identified the area and our timeline is to open an international airport in 2022. We are just waiting for the budget,” added Matugas.

Department of Tourism Caraga Region Director Ma. Ana Nuguid lauded these projects noting that the seaport will provide another gateway for tourists to visit Siargao Island. Nuguid said a total of 195,562 local and foreign tourists visited Siargao Island in 2018, a 50.7 percent increase from the 2017 arrivals.

CN Traveler said Siargao emerged as the top choice of its readers in Asia in the 2018 Readers’ Choice Awards. It was followed by Boracay and Palawan in the ranking.

“This is to make sure that we can still manage the number of tourists arriving in Siargao and the impact of tourism to our environment,” he said.

Matugas said P140 million is being allocated for sewage treatment facilities in the municipality of General Luna, where the famous Cloud 9 surfing wave can be experienced. He said another P180 million is being set aside for various solid waste management projects.

“We are also closely working with the DENR (Department of Environment and Natural Resources). DENR is requiring that each resort has an STP (sewage treatment plan). If they don’t follow, then they will be shutdown. Or they will contribute to the destruction of the environment,” said Matugas.

DOT Secretary Bernadette Romulo Puyat said she is confident that sustainable tourism initiatives is being practiced in Siargao.

She said Siargao has vibrant local communities and private sector players, who are environmentally conscious and work closely with government agencies. Restaurants and resorts in Siargao are using bamboo and metal straws. Signages reminding tourists on proper waste disposal can be seen all over the island.

Cebu Pacific has chosen Siargao as its pilot site in the launching of its sustainable tourism program called Juan Effect. /elb

Read Next
Organizers hope for an early end to street parade