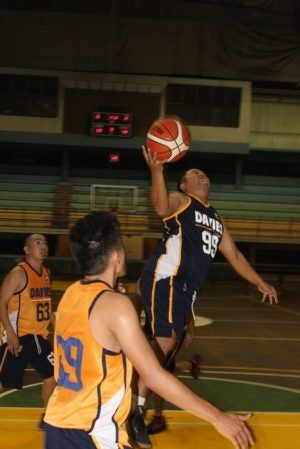 Cebu City, Philippines – Mondo Skimcoat and Powerfloor got off to winning starts in the quarterfinal round of the Architects + Engineers Basketball League 2nd Davies Paints Cup last Saturday, January 12, 2019, at the University of San Carlos gym.

Mondo Skimcoat had four different players score in double figures led by Justin Aspacio who had 26 points, three assists and two rebounds. Bong Gabison had 14 points and seven boards, Samboi Parcon added 13 while Michael Judilla fired in 12 to help Mondo get their first win in this round.

The six teams have been bracketed into two groups with each group playing a single round-robin.

Over in Group A, Powerfloor defeated Liquid-Tile, 93-81, behind the 18 points, 13 rebounds and four assists of Lawrence Gayotin. Ayi Armenion pitched in 14 markers while Barn Rabaya added 12. /BJO