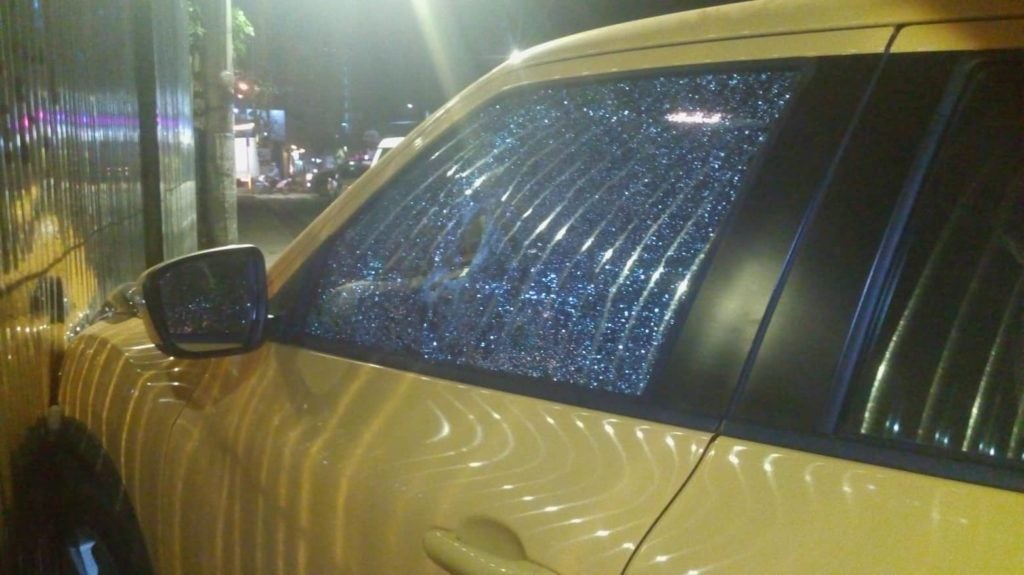 The shattered driver’s side window of Fiscal Mary Ann Castro’s car shows the part where the shooter fired at Castro during Thursday’s fatal ambush.|Photo by Benjie Talisic

CEBU CITY, Philippines—Even before a directive could come from the Department of Justice (DOJ), the National Bureau of Investigation in Central Visayas (NBI-7) has already started its own investigation on the death of former Cebu City Prosecutor Mary Ann Castro, who was killed in an ambush on Thursday night, January 17.

Justice Secretary Menardo Guevarra has ordered the NBI to conduct a probe on the death of the former Cebu City prosecutor on Friday morning, January 18.

“I have immediately directed the NBI to investigate the ambush of Prosecutor Mary Ann Castro and to identify the perpetrators at the soonest possible time,” Guevarra said in a text message to reporters.

However, Lawyer Dominador Cimafranca, assistant regional director of NBI-7, said that they started an initial investigation immediately after they received the report of Castro’s death.

NBI-7 took the initiative as Castro was a fiscal and generally under the DOJ.

Cimafranca said that although they cannot release the results of their initial investigation, they are focusing on the motives of the killing, one of which according to the police is most likely personal grudge following the cases that Castro had handled in Cebu or in Masbate where she was recently assigned.

However, Cimafranca was tightlipped on whether or not there was any police involvement in the killing especially since Castro was also linked to the controversial cop, the late SPO1 Adonis Dumpit.

Lawyers groups including the Integrated Bar of the Philippines (IBP) and National Union of Peoples’ Lawyers (NUPL) have expressed alarm over the surge in the murder of members of the legal profession.

According to the IBP,  at least one lawyer is killed every month since August 2016.