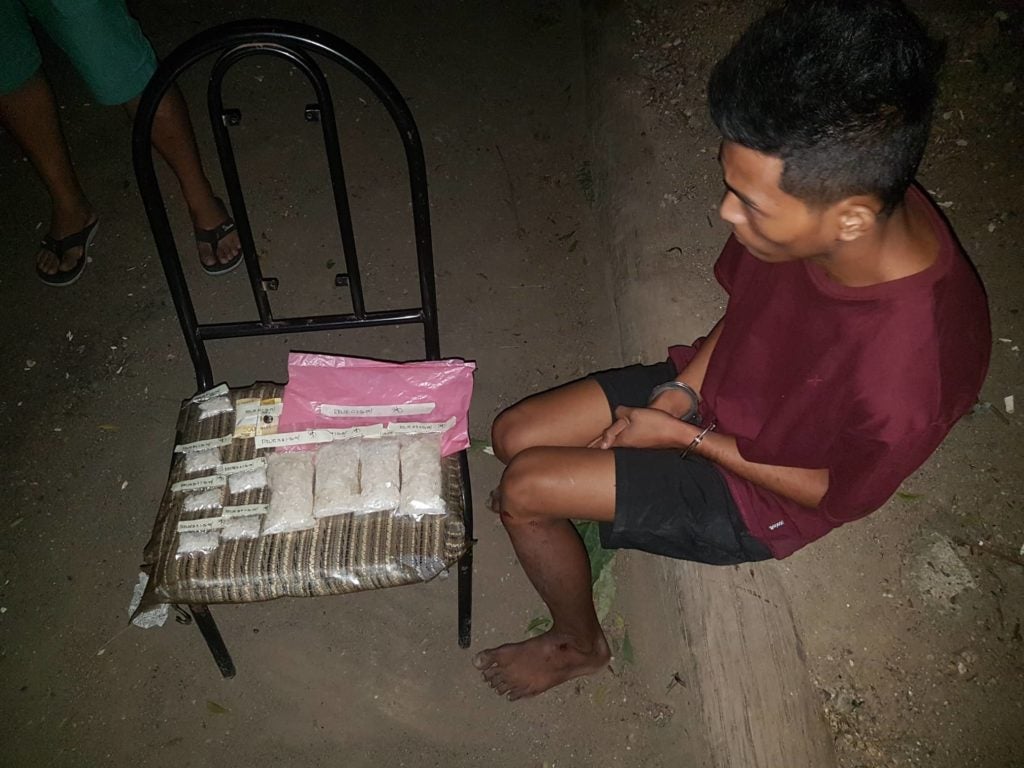 Joshua Amigable of Barangay Labangon is caught with an estimated P3.1 million of suspected shabu in a buy-bust operation on Saturday evening (January 26). Photo by Benjie Talisic

CEBU CITY, Philippines — An estimated P3.1 million worth of suspected shabu was confiscated in an anti-illegal drug operation in Barangay Basak San Nicolas in Cebu City on the evening of Saturday, January 26.

Talosig said that they confiscated several packs of suspected shabu from Amigable with an estimated Dangerous Drugs Board value of P3.1 million.

He said that they were not expecting to confiscate a large amount of illegal drugs from Amigable since they were only responding to a report of the suspect’s illegal drug activity in the area.

The late evening drug bust is the second “more than a million peso drug haul” of the Cebu City Police officers on Saturday, January 26.

The first was the early morning buy-bust operation of the Labangon Police Precinct in Barangay Lawaan, Talisay City where they followed the suspect from his rented apartment in Barangay Busay in Cebu City to Talisay City.

The Talisay City drug operation of the Labangon Police headed by Chief Inspector Keith Allen Andaya led to the confiscation of P1.3 million of suspected shabu from a high value target, Philip Abella of Barangay Lawaan.

Meanwhile, Amigable, who was arrested in the Basak San Nicolas anti-illegal drug operation, was detained at the Mambaling Police Precinct detention cell pending the filing of charges./dbs