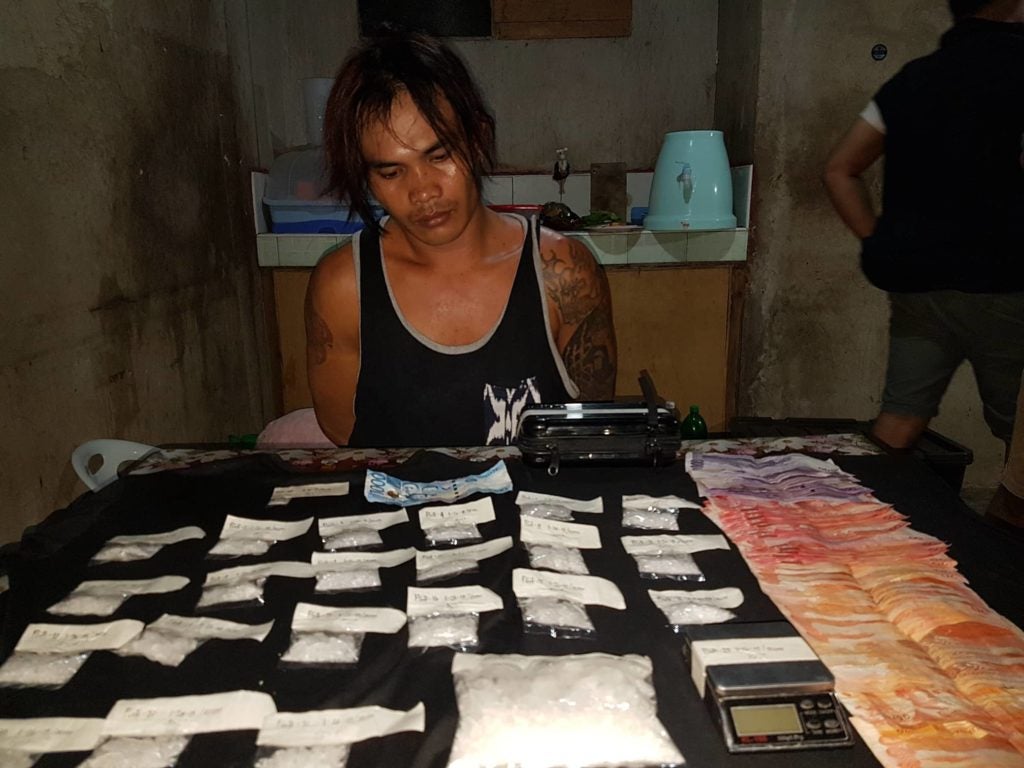 Drug suspect, Philip Abella of Barangay Lawaan, Talisay City, is caught with P1.3 million worth of suspected shabu in a buy-bust operation on January 26.| Photo by Benjie Talisic

Andaya said that the suspected shabu confiscated from Abella had an estimated Dangerous Drugs Board value of P1.3 million, which was the second P1 million worth of shabu confiscated by Cebu City police officers in a span of 24 hours.

On early Friday morning, the Talamban Police Precinct confiscated 153.53 grams of suspected shabu and arrested 22-year-old Lyle Leyson, whom the Talamban police considered as a high value target, during a buy-bust operation in Barangay Pit-os.

On the Talisay operation, Andaya said that they had monitored Abella’s operation for about a month and waited for the right time to conduct the buy-bust operation.

He described Abella as a high value target and Abella’s drug operation to have covered that of Barangays Busay, Tisa and Labangon in Cebu City and Barangay Lawaan in Talisay City.

Andaya said that Abella, who is from Barangay Lawaan, had also rented an apartment in Barangay Busay in Cebu City.

This was where Labangon police officers monitored his activities.

On Saturday, police managed to follow Abella to Barangay Lawaan from Barangay Busay and that was when they decided to conduct the buy-bust operation.

Abella was detained at the Labangon Police Precinct detention cell pending the filing of charges./dbs