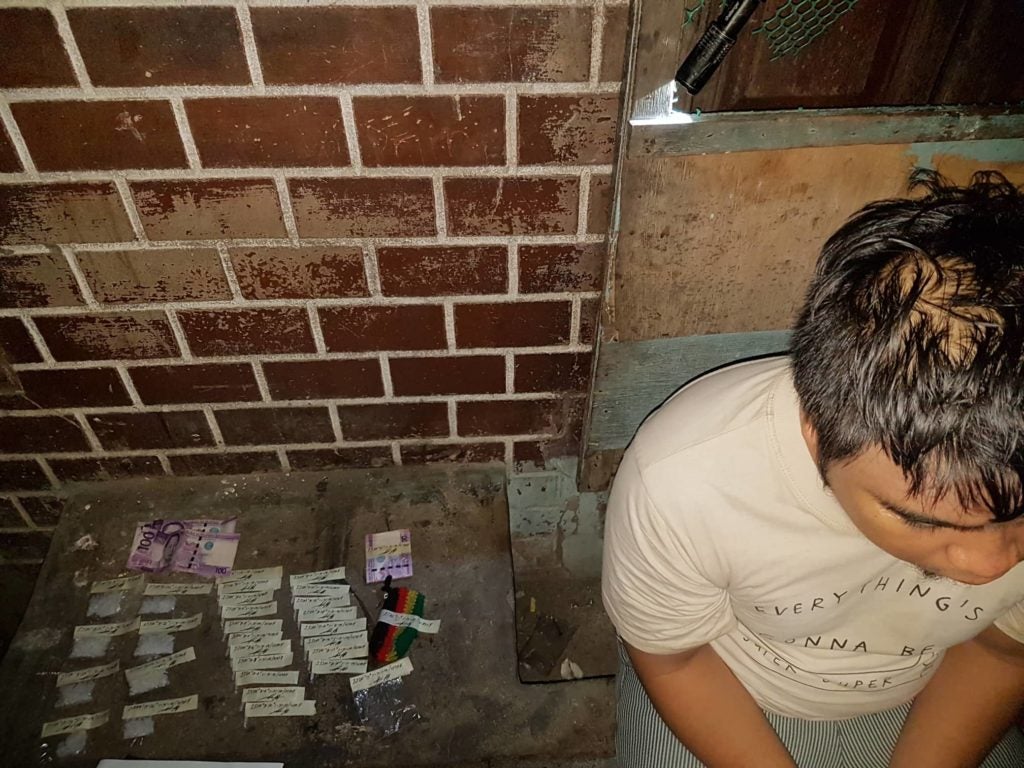 Daniel Buenavente is caught with 41 grams of suspected shabu during a buy-bust operation in Barangay Tinago, Cebu City on Wednesday. | Photo by Benjie Talisic

Talosig said they conducted the buy-bust operation on Wednesday when they learned that the suspect was living in Barangay Tinago after his escape from a police raid on his house in  Barangay Duljo-Fatima last August.

He said that Buenavente escaped through his house’s backdoor as police were about to serve a search warrant against him.

Talosig said that illegal drugs were found during that operation.

On Wednesday, Mambaling police conducted a buy-bust operation against Buenavente and made sure that he would not escape this time around.

Buenavente was caught with 41 grams of suspected shabu with an estimated Dangerous Drugs Board value of P279, 344, said Talosig.

Buenavente was detained at the Mambaling Police Precinct detention cell pending the filing of charges./dbs

Read Next
City Treasury collects P1.2 B from business permits