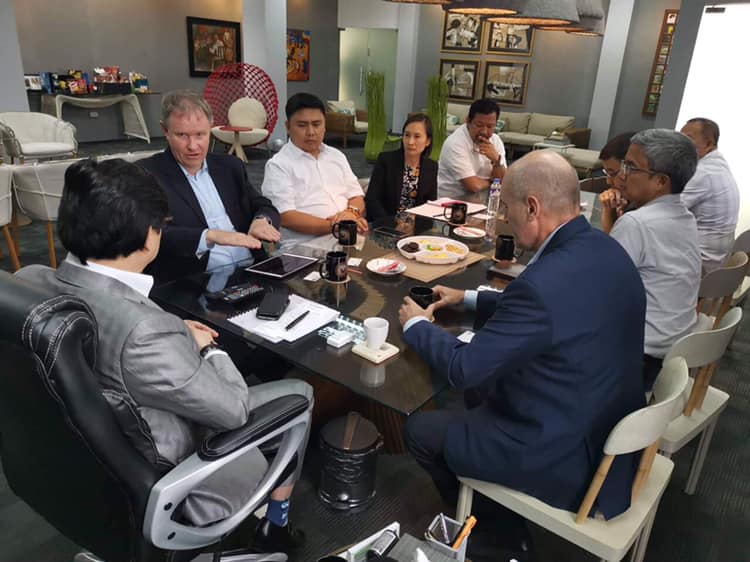 Officials from the World Bank met with national government officials to discuss about the MCIITS. | PHOTO SCREENGRABBED FROM DOTR’S OFFICIAL FACEBOOK PAGE

CEBU CITY, Philippines – The Department of Transportation (DOTr) announced that the World Bank (WB) will now be helping the Philippine government for the implementation of the Metro Cebu Integrated Intermodal Transport System (MCIITS).

The MCIITS is composed of the BRT (Bus Rapid Transit), LRT (Light Rail Transit), a point-to-point bus system, a monorail, and an intelligent traffic management system.

Libiran said  the WB, the largest financial institution that grants loans to fund capital projects of countries around the world, will help integrate the components of MCIITS.

“They will help integrate proposals and plans of LRT and BRT and other transport systems into an efficient intermodal system,” she said.

“We want projects to be intermodal, wherein commuters can easily transfer rides between modes, and with a single automated fare ticketing system, thus promoting the efficiency of public transport,” she added.

On January 29, DOTr posted on their official Facebook page that they have met with representatives of WB to discuss about the MCIITS.

Libiran said they are targeting to start the first phase of MCIITS’ construction March this year. The BRT and LRT components are expected to be finished by 2020.

The WB has granted the Philippine government US $198-million worth of loan for the implementation of BRT, which has a price tag of P17-billion.

“The same loan is being used, but World Bank is putting in more assistance to DOTr for the MCIITS,” said Libiran. /bjo