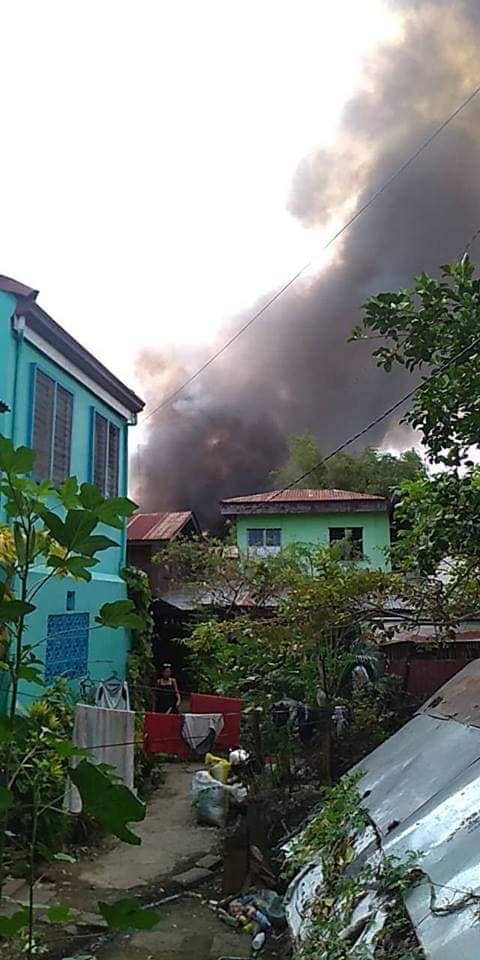 At least 50 homes were burned in a fire which hit a residential area in Barangay Pardo, Cebu City on Sunday morning, February 9. / Paul Lauro

They made it out alive but with second degree burns on their arms and other parts of their bodies, said Cebu City Fire Marshall Noel Ababon.

Ababon said that the cousins were immediately brought to the Cebu City Medical Center for the treatment of their burns.

He said that the Solonia residence which the families of Christian and Renedith shares, where among the 50 homes that were razed in the Sunday morning fire, which hit a residential area in Sitio Tabukanal, Barangay Pardo, Cebu City.

The fire, Ababon said, started at the residence of a certain Mario Tabura that is located at the interior of Sitio Tabukanal at around 8:59 a.m.

But they are yet to determine the cause of the flame.

Ababon said that the fire later spread to neighboring homes that were made from light materials.

Ababon said the presence of very small access roads made it difficult for firefighters to immediately putout the flame. /dcb