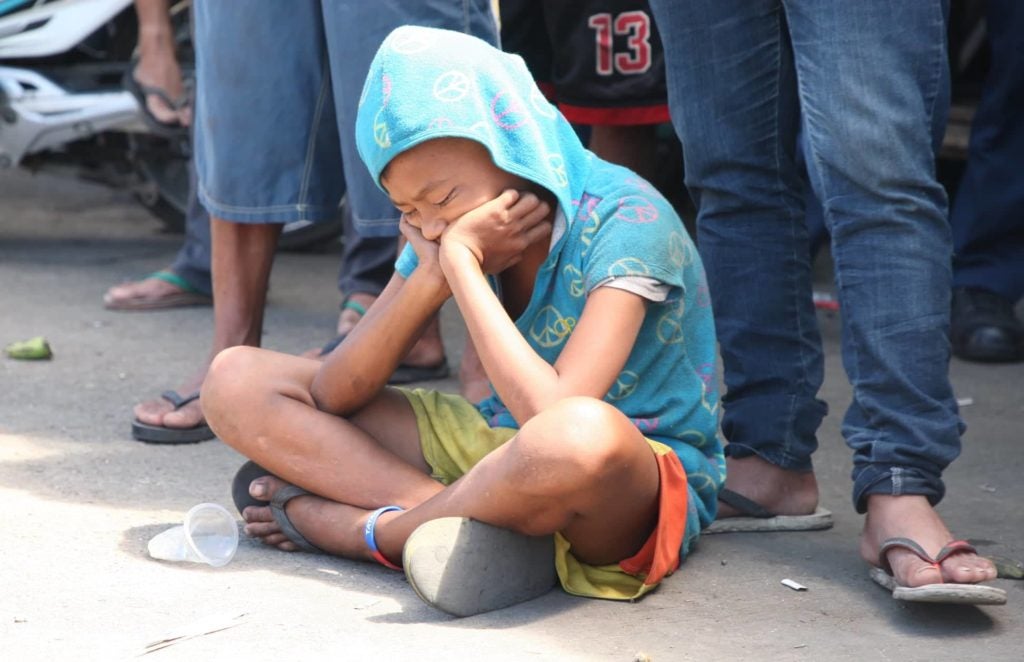 A child sits on the road as he waits for the demolition team to finish tearing down structures along the sidewalk in Barangay Tejero, Cebu City. CDN Digital | Tonee Despojo

This developed despite the motion for reconsideration filed by the residents of Tejero last January 24, 2019 in an attempt to stop the demolition.

Read: Cops zeroing in on PROBE team work of shooting victim as possible motive of attack

Probe Chief Raquel Arce said that she was given a thumbs-up to resume demolition by Mayor Tomas Osmeña after the city legal team said that there was no court order disallowing them to proceed with the demolition.

“When I received the motion, I thought that we were we asked to stop the demolition so we complied. But our legal team said that we were only informed by the court,” said Arce in Cebuano.

LOOK: Images from the demolition in Sitio Silangan 2, Barangay Tejero

Arce said that Probe will comply with the court order released on July 2018 to demolish only the structures built on sidewalks along Arellano boulevard.

She said that they will not demolish the houses beyond the sidewalk and on the government-owned lot, despite these being “illegal.” 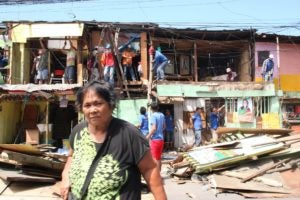 A woman walks past a demolition team tearing down structures along the sidewalk in Barangay Tejero. CDN Digital | Tonee Despojo

“We are not going to pull down the houses behind the sidewalk even if it is a government lot as a compliance with the court’s mandate,” she said.

Read: Probe team member who was shot is showing signs of recovery

Arce challenged the residents to file a case against her if they believed that she violated the law in upholding the order to clear the sidewalks of the 88 structures built along Arellano Boulevard, which Osmeña signed on April 12, 2018.

“Only the mayor can order me to stop the demolition,” said Arce.

Monday’s demolition is the third attempt to pull down the structures in the area. The most recent was on January 23, 2019.

Arce claimed that Monday’s demolition was the most violent since some of the residents threw rocks at the Probe team.

Arce said that she understands the residents’ anger because they lost their homes they have lived in for many years.

However, she urged the residents to be grateful for the time they were able to live in the area for free and move on peacefully. /bjo