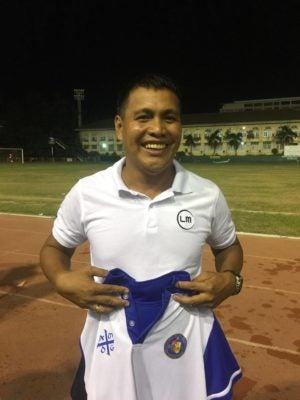 The team finished runner up to Cagayan de Oro in the tournament that ended on Tuesday, February 5, in Oroquieta City, Misamis Occidental.

Colina said it was a good stint for the team because not only were their opponents there their age, but most of the teams were also selections who will be representing their respective regions in the Palarong Pambansa.

But the team has a lot to work on when it gets back to Cebu.

“Daghan pa kaayo,” said Colina when asked about his evaluation of the team in Oroquieta. “At least wake up call ni nila to work harder pag balik sa Cebu.”

The team was scheduled to fly back to Cebu on Tuesday afternoon.

“Our defense needs to improve more especially 1 vs 1 situation. And, our transition from attack to defense, too,” Colina added.

The Magis Eagles are looking to give the CVIRAA title to Mandaue and also represent Central Visayas in the Palarong Pambansa this summer in Davao City. /bjo

Read Next
Lamac cooperative eyed as model for sustainable development