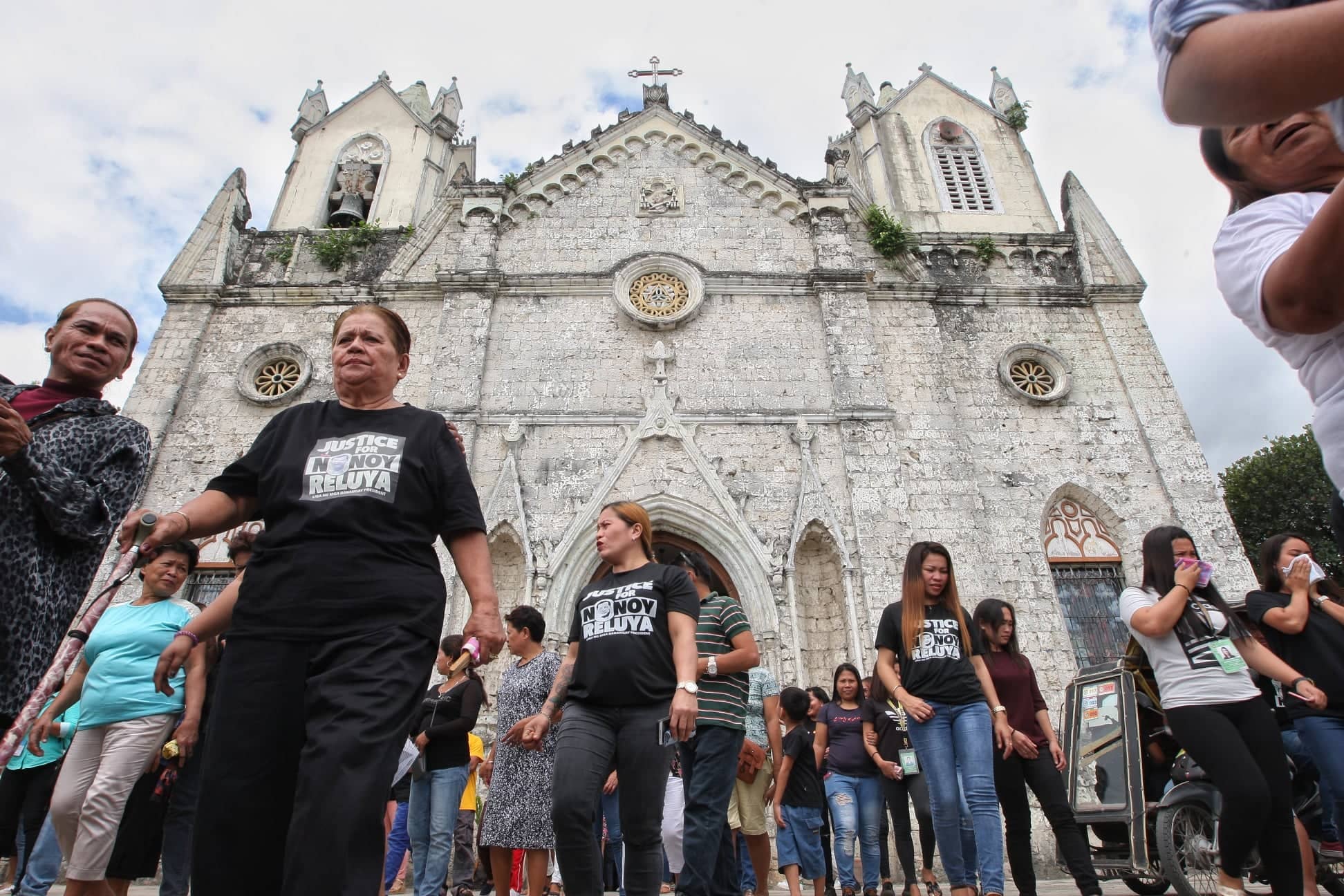 SAN FERNANDO, Cebu —The supporters of Panadtaran Barangay Captain and Association of Barangay Councils President Ricardo “Nonoy” Reluya continue their call for justice, 15 days after he was shot dead in an ambush in Talisay City, Cebu.

Mostly clad in black statement shirts calling for justice for Councilor Reluya’s death, the supporters of the slain official marked the ninth day of the novena for the death of the village chief on Wednesday morning, February 6, with a Mass at the San Isidro Labrador Parish in South Poblacion, here.

Felomino Leyson, president of the Purok Leaders Federation of the town, said the group wants the help of President Duterte in solving the case. He said they will come up with a letter to the president, asking him to intervene so the case will be resolved.

Councilor Reluya, his wife, San Fernando Mayor Lakambini Reluya, and four others were on board a van en route to Cebu City when armed men ambushed their group while traversing the national high way in Barangay Linao in Talisay City on January 22.

Prior to the ambush on the Reluyas, three other town officials of San Fernand were gunned down in separate incidents.

Meanwhile, Fr. Rienero Silgas, who celebrated the Mass for the late councilor, encouraged the supporters not to heed to violence in their hopes to find justice for Reluya and the other fatalities of the ambush.