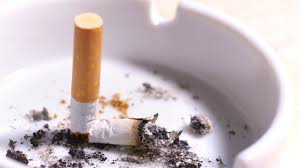 MANILA, Philippines — The Department of Education (DepEd) has expressed support to the proposal to impose a higher tax on tobacco products, saying it would make cigarettes “less available and affordable” to the youth.

“Significant increase in tobacco tax will lead to higher prices of cigarettes, making them less affordable and less available especially for the youth,” Education Secretary Leonor Briones said in a statement on Thursday after President Rodrigo Duterte agreed to certify as urgent Senate Bill No. 1599, which seeks to increase the tax on tobacco to P60 per pack.

DepEd said tobacco taxation is helping support the agency’s policies against tobacco use.

“In school, we teach our learners to reject tobacco use. But education alone is not enough. Outside the school, we need policies that will help reinforce our learners’ health-promoting choices, complementing what we teach them in school,” Briones said.

The department has issued DepEd Order No. 48 s. 2016, which aims to “educate learners, teachers and non- teaching personnel on the hazards of tobacco use and exposure to second-hand smoke.”

It also asserted that “if Grade 12 students will not smoke until they graduate they may never smoke in their lifetime.”