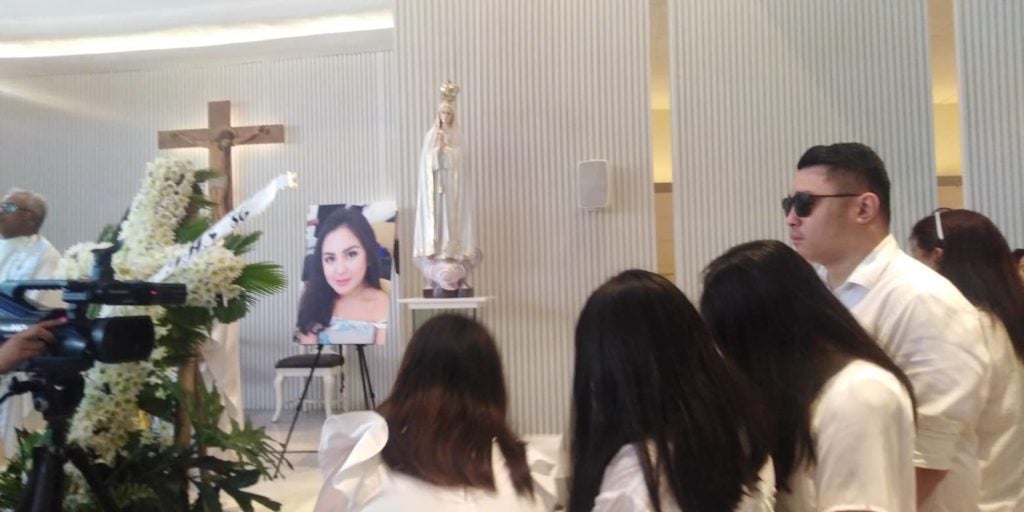 Family and friends of Ashley Abad, dressed in white, attend the Requiem Mass at the Sacred Heart Parish along D. Jakosalem St. Cebu City last January 27, 2019, before she was laid to rest in Mandaue City. CDNDigital | file photo

CEBU CITY, Philippines – The central office of Philippine Drug Enforcement Agency (PDEA) is planning to summon the doctors, and several relatives of Ashley Abad who were with her in the hospital after she collapsed during a pre-Sinulog concert last January 19, 2019.

PDEA director general Aaron Aquino, in a tele-radio interview with news anchor Ted Failon over dzMM that was uploaded last January 30, said they want to verify reports that Abad’s boyfriend allegedly gave her the party drug ecstasy shortly before she collapsed.

READ MORE: Ashley Abad: The bright, bubbly girl who can sparkle no more

Aquino also said they are now waiting for the full results of Abad’s autopsy. However, he added that they are having a hard time getting information from the victim’s companions, including her boyfriend.

Sought for their comments, Cebu Daily News Digital contacted PDEA in Central Visayas but their information officer, Leia Albiar, said their department cannot issue a statement as of the moment.

“The investigation is still ongoing with the PNP (Philippine National Police), this is why we cannot issue any statement as of now. We don’t want to disrupt the progress of the ongoing investigation, and until we can have the conclusive results of the autopsy,” said Albiar in a text message sent to CDN Digital today.

On Friday (February 7), the Cebu City Police Office (CCPO) announced that they are now eyeing to issue subpoenas for Abad’s boyfriend as well as her other companions during the Plus63 Music and Arts Festival held at Cebu Business Park last January 19. /bjo