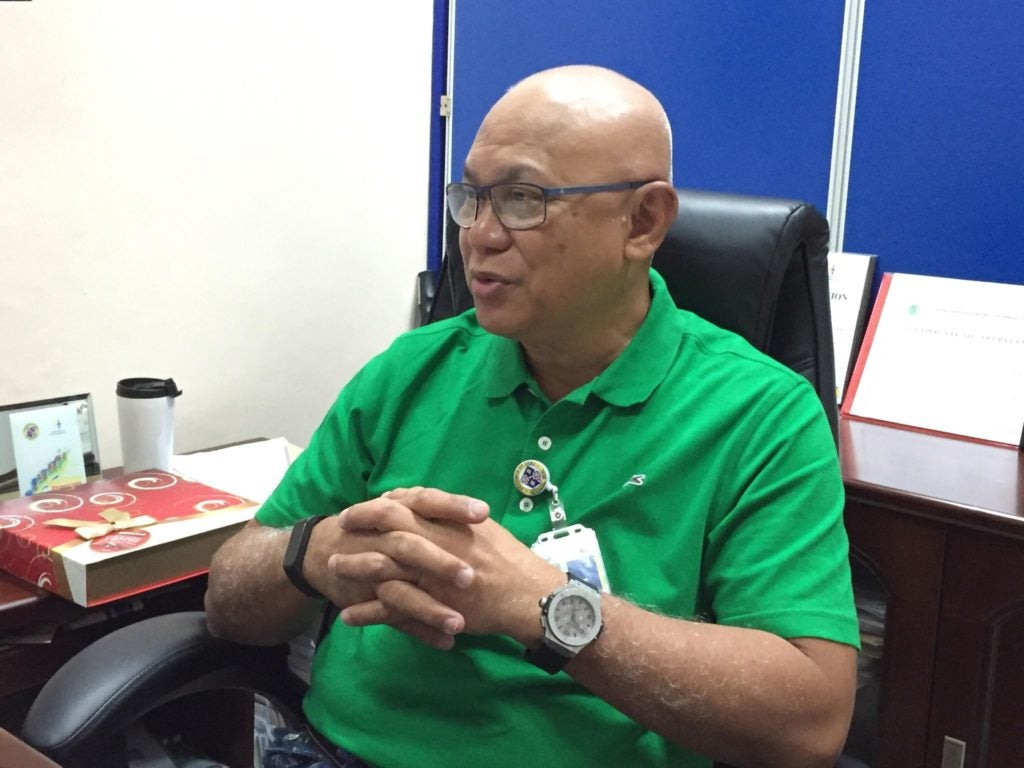 Cebu City, Philippines – The Cebu Provincial Health Office (PHO) is recommending to the members of the Provincial Board (PB) the use of the province’s funds to purchase measles vaccines amid an outbreak in Central Visayas.

Dr. Rene Catan, chief of the PHO, said the provincial government can tap the disaster funds since the Department of Health in Central Visayas (DOH-7) recently declared a measles outbreak in the region.

“An outbreak is considered a disaster. That’s why we can tap the disaster funds” he said.

Catan said providing vaccination for measles is the most effective way to combat the outbreak.

“We cannot dictate how the PB will spend the disaster funds but we recommend to have it spent for measles vaccinations,” said Catan. 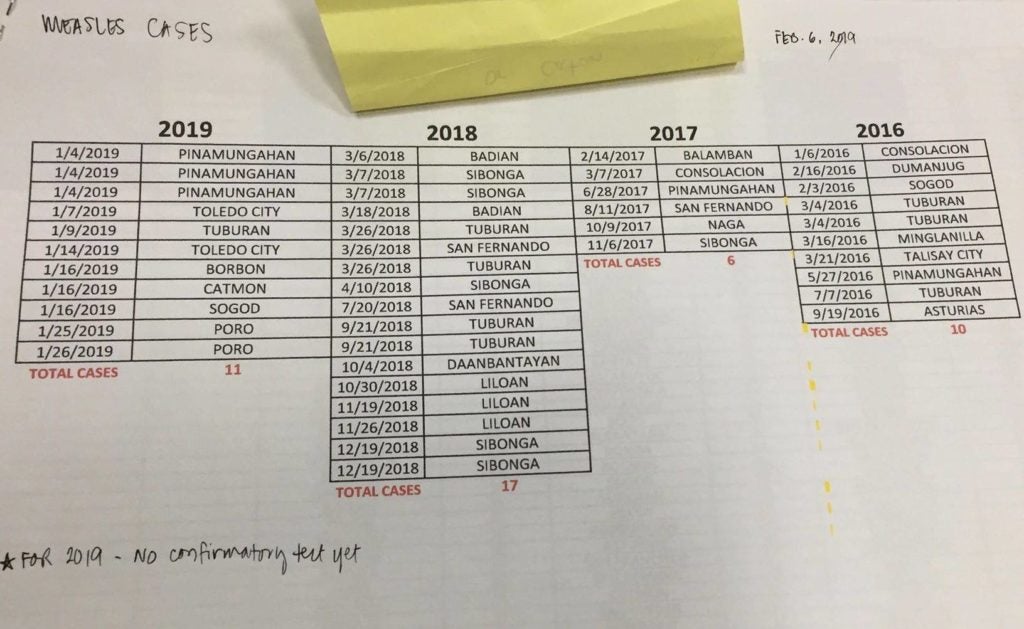 A summary of the number of measles cases in the Province of Cebu in the past three years and the first month of 2019. CDN Digital | photo by Morexette Erram

Based on the recent data from PHO, there are no reported deaths in the province due to the measles outbreak in Cebu Province for 2019.

Records also showed that as of January 26, 2019, there are 11 cases of measles reported in the province.

Data from DOH-7 revealed that two infants  died in Cebu City due to measles. But Cebu City is not under the jurisdiction of Cebu Province. /bmjo