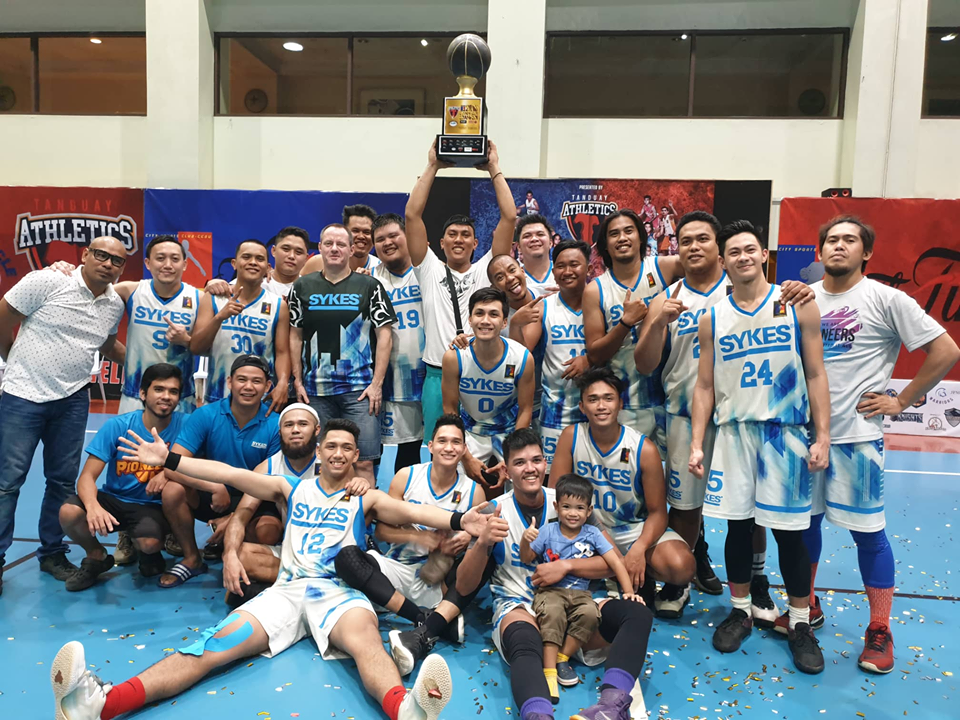 Cebu City, Philippines – The 15-year wait for a championship is over for the Sykes Pioneers as they edged the Accenture Sharks, 72-68, in the winner-take-all Game Three of the finals of the Elite Classic division of the Tanduay Athletics E-Leagues for Basketball on Saturday, February 9, 2019, at the City Sports Club-Cebu.

The Pioneers clawed their way back from a double-digit deficit and then, took control of the game in the second half behind former Cesafi Mythical Five guard Victor Rabat and ex-University of Cebu point man Earl Montilla. 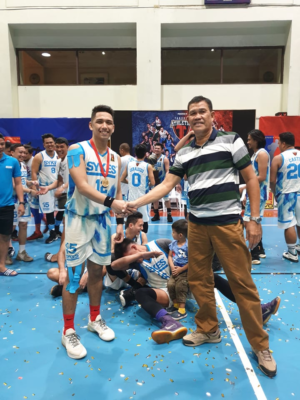 Rabat finished with 24 points and was named Finals MVP while Montilla saved his best for last as he scored 18 points, pulled down 12 rebounds, dished seven assists and had five steals.

Rabat sank a long three-pointer to give Sykes a 65-56 lead, with three minutes to go.

Sykes still had to dig deep in crunch time as the veteran-laden Accenture refused to back down and tied the game at 65-all, after back-to-back buckets by Ryan Veloso and three free throws by Sherwin Resilla with 1:13 to go.

But Sykes’ captain, Janjan Auditor, who finished with 19, did not blink and hit a floater in the lane with 55 ticks to go.

Then, after Giovani Inez airballed a triple from straightaway, Auditor found Montilla behind the arc. With time running out on the shotclock, the left-handed guard heaved up a shot that kissed the glass before going in to raise Sykes’ lead to 70-65, with time down to 18.4 seconds.

Accenture quickly responded with a three point play by Resilla, who banked in a step-back midrange jumper while getting fouled to trim the deficit to 68-70, 13.5 ticks left.

The Sharks fouled Joerico Maneja the next time down the floor and he coolly sank two free throws to bring Sykes’ lead to four, 72-68.

With time not on their side, the Sharks muffed their last offensive possession to give Sykes the win and the coveted title. /bmjo