Weekend bust in Talisay yields P225K worth of shabu 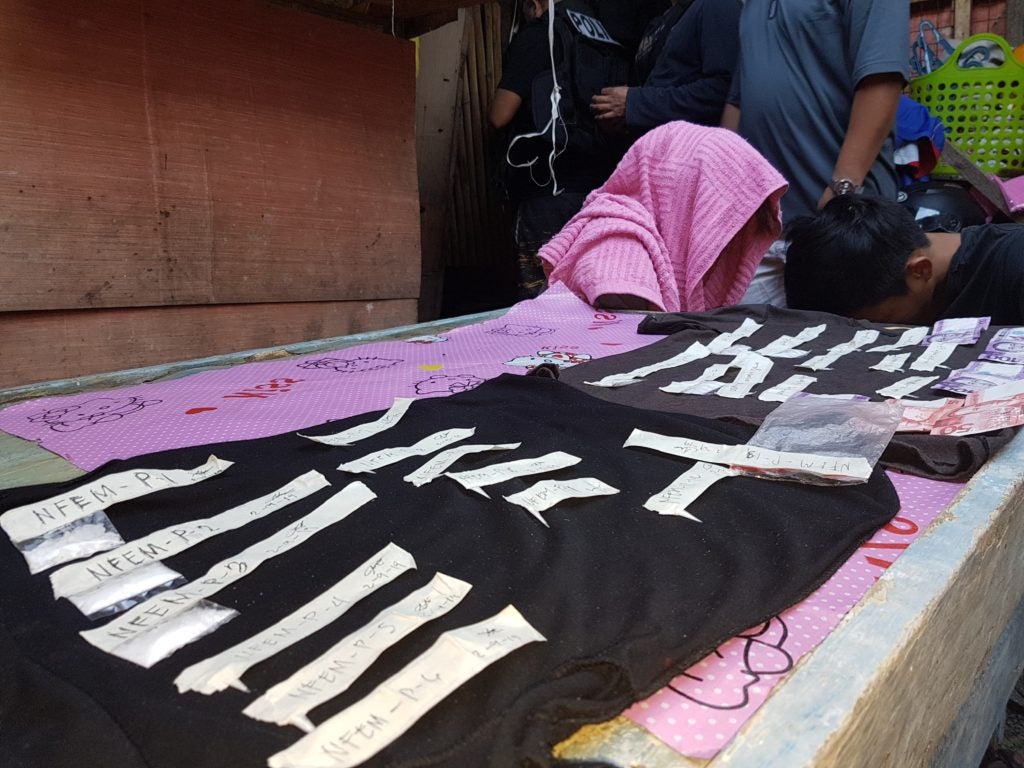 Some P224,000 suspecteds shabu were confiscated from the Stephen Macaraya and Nelly Flor Marcelo, who were arrested during a buy-bust operation. | Benjie Talisic

CEBU CITY, Philippines — A Talisay resident’s plan to earn enough money for his soon-to-be born child did not end well after he was arrested in an anti-illegal drugs operation  on Saturday, February 9.

Stephen Macaraya and his former girlfriend Nelly Flor Marcelo, who are both 22 years old, were arrested after they were caught with 36.02 grams of suspected shabu during a buy-bust operation in Sitio Mananga, Barangay Tabunok in Talisay City, said Senior Inspector Alejandro Batobalonos, Provincial Police Drug Enforcement Unit (PDEU) chief.

Batobalonos said that the estimated Dangerous Drugs Board value of the suspected shabu was P244,936.

He said that the operation was conducted after they received reports about Macaraya’s illegal drug activities in the barangay.

He said that they had monitored the activities of the suspect for eight days before they conducted the operation.

When sought for comment on his, Macaraya, who makes fashion accessories made of silver, said he wanted to earn extra income especially since his girlfriend was pregnant.

Macaraya and Marcelo were detained at the Provincial police detention cell pending the filing of charges./dbs

Read Next
Comelec-7 preparations for polls in full swing: Trainings for teachers, VCM familiarization for voters