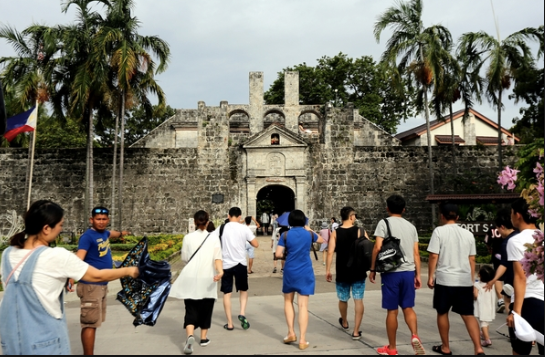 CEBU CITY,  Philippines — Amid the travel warnings issued against southern Cebu in 2018, Cebu’s tourist arrivals increased by 14.33 percent or 698,849 tourists more than those in 2017.

Alice Queblatin, president of Cebu Alliance of Tour Operations Specialists (CATOS), said that the travel warnings did not directly affect the tourism industry in Cebu.

“Cebu was really able to sustain if not improve the image,” Queblatin said despite media reports on travel advisories and killings.

The United Kindom (UK) issued A travel warning in 2018 against southern Cebu because of a terrorism threat.

Despite the travel advisory,  travelers from UK increased by 16.11 percent in 2018.

According to the Department of Tourism,  the top destination for domestic travelers in Cebu is Cebu City with 1,650,762 visitors.

For foreign travelers, their top choice is Lapu-Lapu City with 1,340,359 visitors.

“Cebu is really the giant and delivers not only in the region but in the country,” he said.

To be fair with other regions, Tamano said that the figures does not mean that they entirely stayed in Cebu.

“It is possible that they slept here for two nights, and then they went to Palawan.To be fair to other regions, basta nakatulog lang diri or nakagasto diri, counted na. That is how United Nations’ World Tourism Organization counts tourists,” Tamano added.

For the entire 2018, Central Visayas had a total of 8,099,346 arrivals for both domestic and foreign travelers.

The number contributed P44.2 billion in the region’s economy.

Average daily expenses for a domestic traveler is P1,200 per day while a foreign traveler spends an average of P6,597 a day.

Koreans are still the top foreign visitors in Central Visayas with a 50.05 percent growth rate in tourist arrivals in 2018.

There are 188 flights per week from Cebu to Incheon, Busan and Muan in South Korea.

Next to Koreans are the Chinese visitors, who have a 44.88 percent growth rate.

The increase in tourist arrivals were attributed to more flights in coming in the region and the opening of the new Mactan Cebu International Airport Terminal 2 and the New Panglao International Airports, which opened in July 1, 2018 and November 27, 2018 respectively.

Cebu has 590 international and 1,496 domestic flights weekly as of January 30.

There is also increased of inter-island connectivity like additional trips in some ports like Getafe and Talibon in Bohol and Poro in Camotes Island./dbs