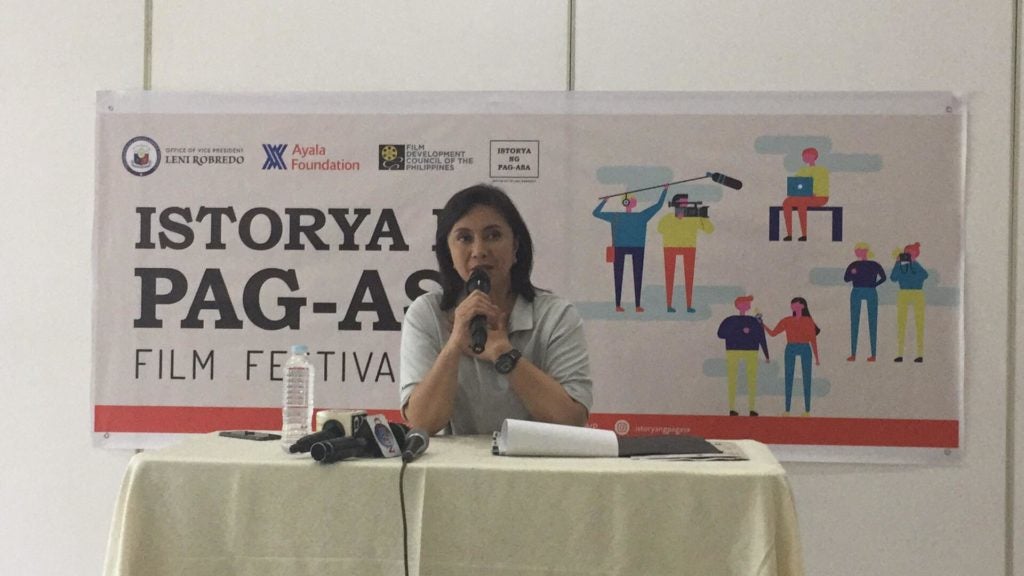 CEBU CITY, Philippines—The Office of the Vice President (OVP) is calling on Cebuano film enthusiasts to send their entries for the second run of Istorya ng Pag-asa Film Festival (INPFF).

In a press conference, Robredo said they envision the stories that will be featured in the INPFF entries to be an inspiration for others to pursue their goals in spite of their struggles. 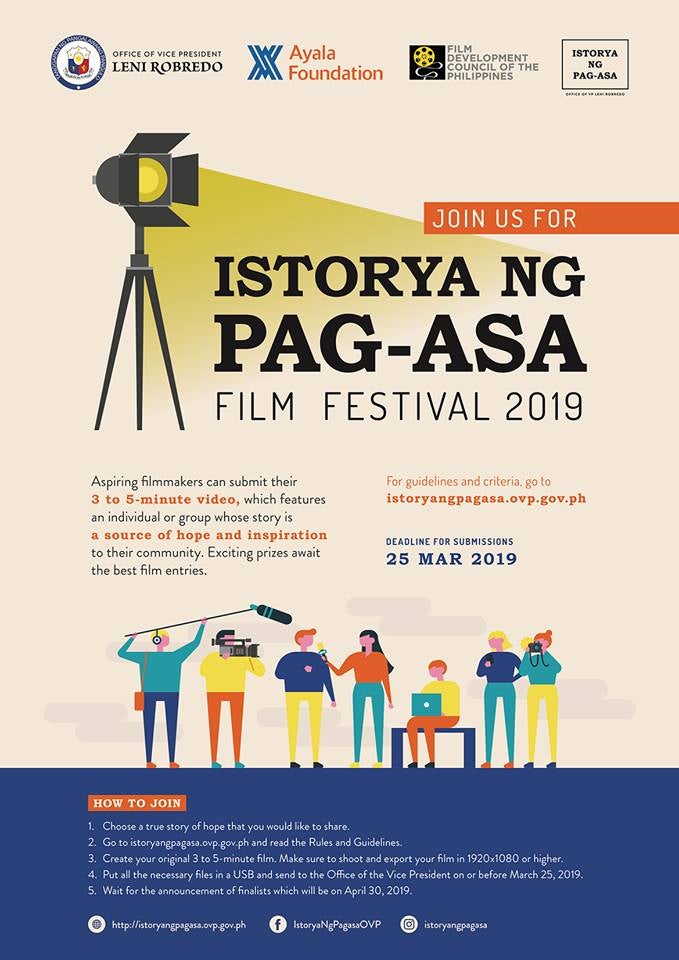 INPFF is a nationwide competition that intends to showcase stories of hope of ordinary Filipinos in three to five-minuter films.

This could either be a story on remarkable success, a person undergoing something difficult but never lost hope in his struggles, or an extraordinarily inspiring story.

OVP will be accepting short film entries until March 25.

Robredo said they will choose 10 finalists from the submitted entries.

The top three films and will also be screened in Ayala Mall Cinemas nationwide from June to September of 2019.

The first run of the INPFF was done in 2018 where the story of an Uber driver who has Tourette Syndrome bagged the grand prize. /dcb

Read Next
Pacquiao: It pains me to see my son pursuing a career in boxing