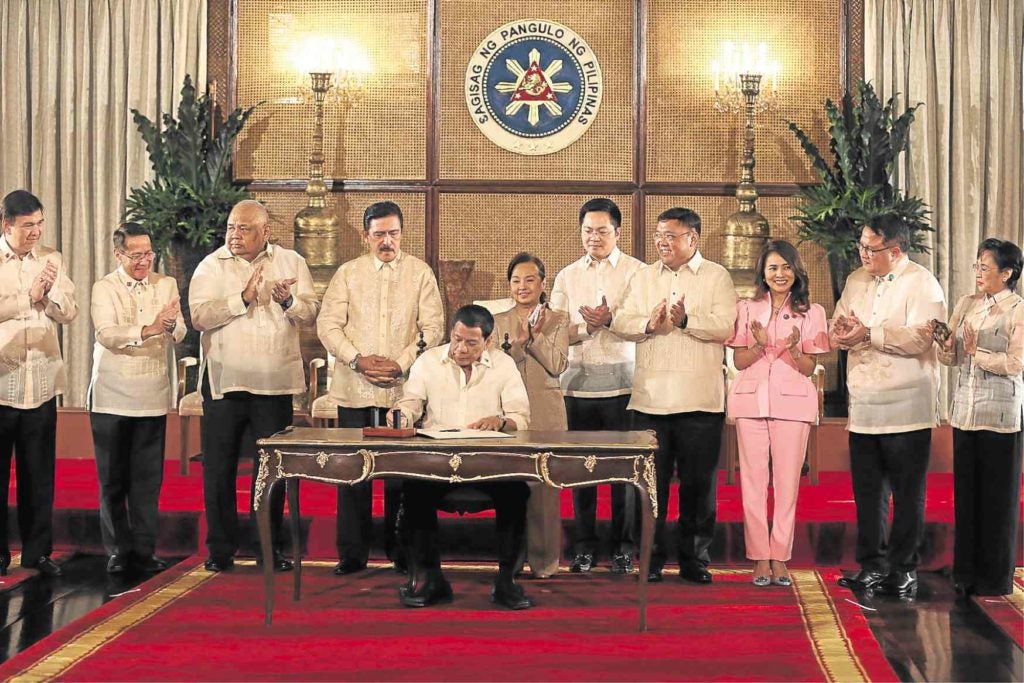 The Revised Corporation Code of the Philippines amended the nearly four-decade-old Batas Pambansa Blg. 68. It is seen in line with the President’s 10-point economic agenda, specifically the thrust to boost the economy’s competitiveness.

Among the new features of the amended Corporate Code are the grant of a perpetual corporate term for existing and future corporations, allowing the formation of a corporation with a single shareholder, the provision for an emergency board, allowing alternative dispute resolution mechanisms and the implementation of an electronic filing and monitoring system.

“We look forward to a more competitive corporate sector, as the Revised Corporation Code adopts international best practices and standards, tailored to address the needs and realities of the Philippine corporate setting, and introduces new concepts and mechanisms to help the Philippines keep up with the changing times,” Securities and Exchange Commission (SEC) Chair Emilio Aquino said in a press statement on Thursday.

On the grant of a perpetual corporate term, allowing corporations to exist beyond the 50-year term provided under the old code is seen to eliminate the possibility of legitimate and productive businesses prematurely closing down just because they failed to renew their registration. It is also seen to foster a sense of longevity that can translate to long-term and sustainable projects and investments.

As part of the shift to a perpetual corporate term, the new law mandated the SEC to allow corporations with expired registration papers to apply for the revival of their corporate existence.

The new code also allows for the formation of a one-person corporation without any minimum authorized capital stock. This is seen to allow more flexibility in pursuing business because the lone stockholder can make decisions without having to seek board consensus.

Another salient feature is the provision for an emergency board when a vacancy prevents the remaining directors from constituting a quorum and making emergency actions required to prevent grave, substantial and irreparable loss or damage. In such situations, the vacancy may be temporarily filled from among the officers of the corporation by a unanimous vote of the remaining directors or trustees.

The new code also mandates the SEC to develop and implement an electronic filing and monitoring system. The corporate watchdog is mandated to promulgate rules to facilitate and expedite, among others, corporate name reservation and registration, incorporation, submission of reports, notices, documents required under the code and sharing of pertinent information with other government agencies.

To ensure optimal stockholder participation, the new law also allows the use of remote communication such as videoconferencing and teleconferencing during stockholder meetings. Stockholders may also participate and vote in absentia. Directors or trustees may also participate and vote in regular and special meetings through remote communication. However, they cannot join or cast their votes by proxy at board meetings.

“Collectively, the amendments are aimed at encouraging entrepreneurship and the formation of new businesses, improving the ease of doing business in the country, promoting good corporate governance, increasing protection afforded to corporations and stockholders and deterring corporate abuses and fraud,” Aquino said.