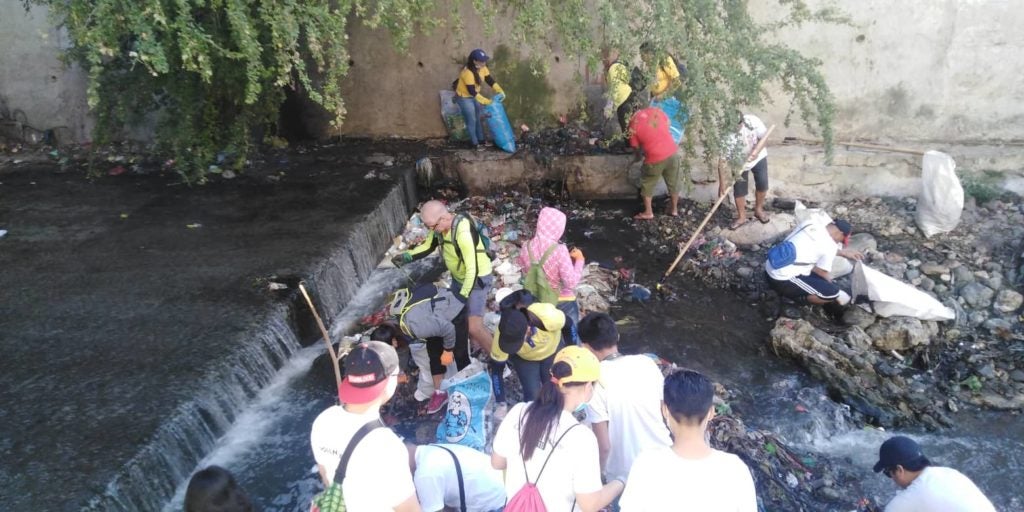 CEBU CITY, Philippines—Fourteen business establishments in Cebu City apprehended for illegal dumping of garbage and for releasing untreated waste water to the rivers joined the cleanup at the Bulacao River on Saturday morning, February 23.

According to the City Environment and Natural Resources Offices (Cenro) head Nida Cabrera, these establishments composed of slaughterhouses or garbage hauling services violated the local ordinance on proper disposal of garbage.

Six of the establishments were made to pay a P1,000 fine for violating the ordinance but they also committed their workers for the cleanup drive.

Cabrera met with the fourteen establishments on Thursday, February 21. She said that most of the establishments have the difficulty disposing of their residual wastes.

Cenro coordinated with the Binaliw landfill private developer, ARN Builders, to. handle the garbage disposal of these establishments.

Cabrera said  the 14 establishments provided many of the manpower needed to clean  Bulacao River.

At least 2,000 volunteers helped in the cleanup drive on Saturday morning, February 23, along the Bulacao River in five different stations from its upstream source in Talisay City to its mouth in Barangay Inayawan, Cebu City.

Cabrera said that  the river cleanup is only the start of the intensive rehabilitation program they plan for the Bulacao River.

In January this year, the Bulacao River was declared dead by the Environmental Management Bureau in Central Visayas (EMB-7). /elb