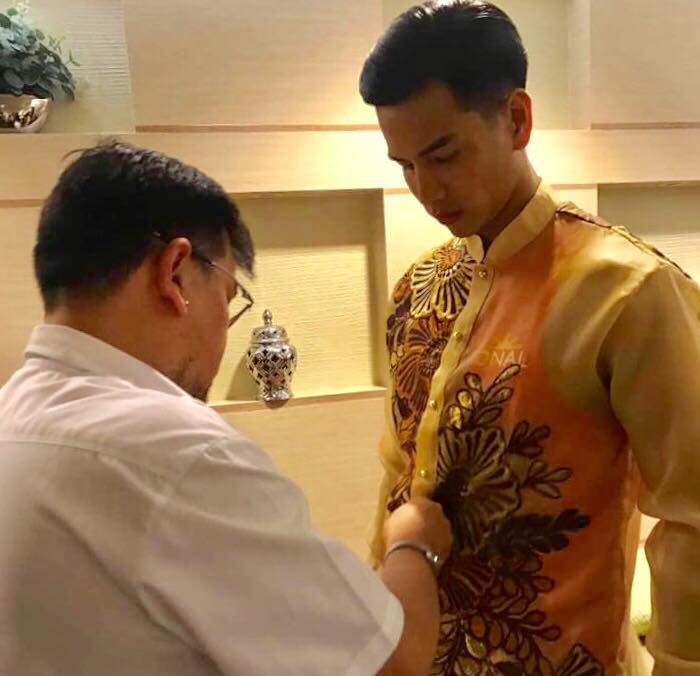 Dave Ocampo (left), vice president for the external affairs of Designers Circle of the Philippines assisted the 13th Mister International grand winner Trinh Bao of Vietnam during the fitting of Barong Tagalog made by Cebuano designers Harley Ruedas and Mark Anthony So. | Photo from Designers Circle Philippines

Harley Ruedas confirmed to Cebu Daily News Digital that he collaborated with Mark Anthony Romero So.

“Our organization Designers Circle Philippines assigned Mr. Vietnam and Mr. Australia to us. Their barongs are a collaboration of me and my partner Mark Anthony So,” Ruedas said on a Facebook message. 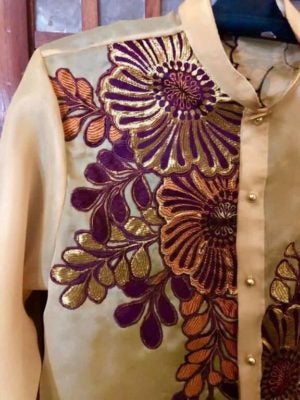 A closer look at the barong. | Photo from Designers Circle Philippines

The Barong Tagalog segment was done in an effort to promote the male national costume.

It has embroidered plum flower appliques which makes it very oriental.

“It is spring in some parts of Asia. Plums will bloom in northern Vietnam in this season,” Ruedas answered when asked for the inspiration behind their creation.

According to Mister International page, Bao, 24, is a model and gym coach from Ho Chi Minh City, Vietnam.

Other winners in the 13th Mister International pageant were Francesco Piscitelli of Venezuela (first runner-up) and Waikin Kwan of Hong Kong (second runner-up).

Meanwhile, Philippine bet Mark Kevin Baloaloa made it to the Top 5 of the competition. /bmjo