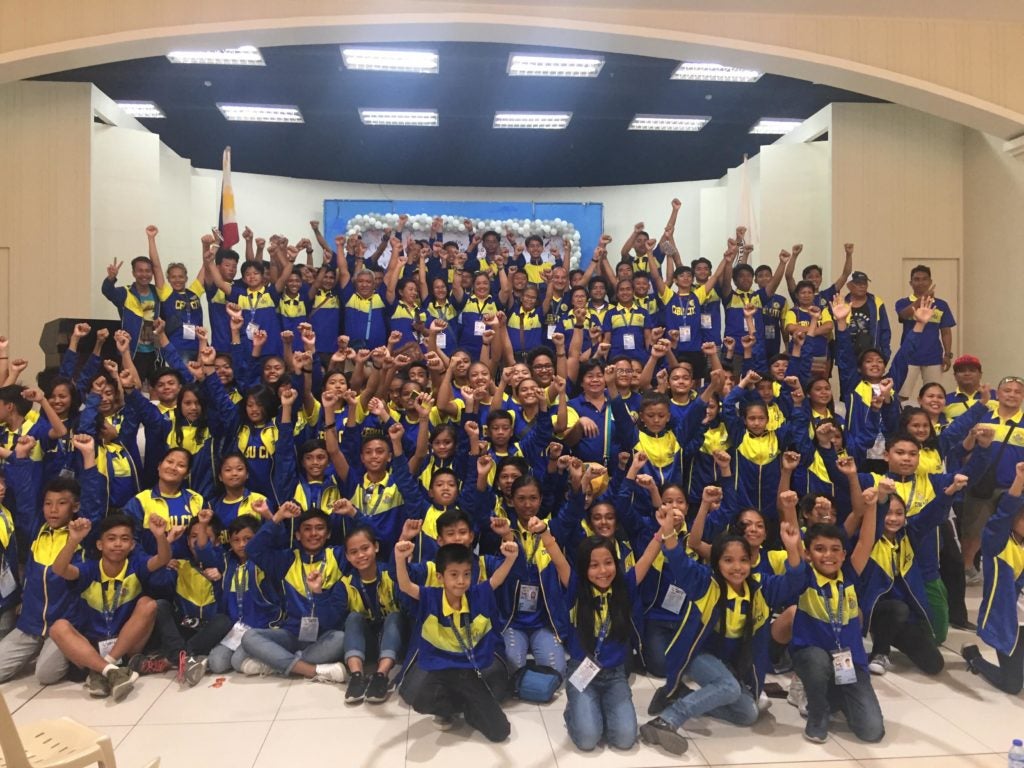 ILOILO CITY, Philippines — Not bad for a Team B!

Despite sending only its second best team, Cebu City Niños still had an impressive finish, clinching the second place overall in the Batang Pinoy 2019 Visayas Qualifying Leg which came to an end today, March 2, here in Iloilo City.

“It’s a source of pride,” said Edward Hayco, the chairman of the Cebu City Sports Commission (CCSC), who added that “We sent team B. It’s expected because of CVIRAA. I’m very pleased with their performance.”

Most of the athletes representing Cebu City had little time to rest as they came from also competing in the Central Visayas Regional Athletics Association (CVIRAA) Meet which ended in Dumaguete City just a day before the Batang Pinoy started.

Aside from that, the Cebu City athletes are also young ones or newbies to the competition. 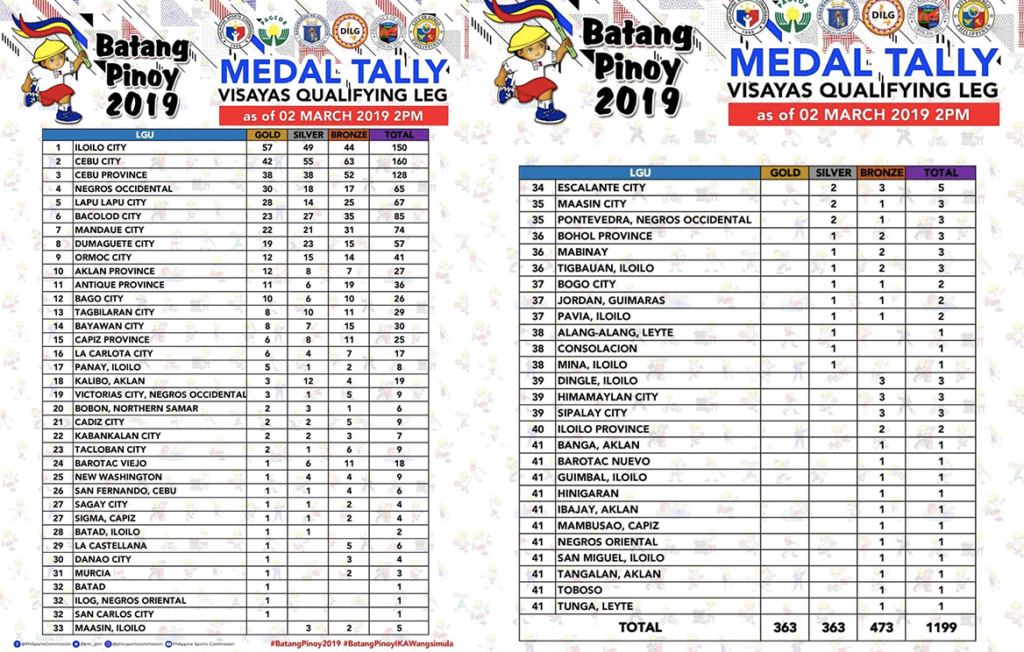 The Niños lost the overall title to the delegation of host city Iloilo which dominated the week-long multi-sporting competition with a medal tally of 57-49-44.

Cebu Province which had a good start in this event finished as third place overall with 38-38-52 while rounding up the top 5 overall are Negros Occidental with 30-18-17 and Lapu-Lapu City with 28-14-25. Twenty four of Lapu-Lapu City’s gold medals came from its arnisadors.

The bulk of Cebu City’s gold medals came from Karatedo and arnis with nine each, then six from archery, six from archery, five from dancesports, four in athletics, three in taekwondo, two in pencak silat, and one each in boxing and chess.

The Niños also clinched the gold in beach volleyball girls and volleyball boys./dbs