James scored 31 points and surpassed Michael Jordan’s 32,292 career points on a driving layup during the second quarter. His Lakers erased most an early 23-point deficit before fading in the fourth quarter of their fourth consecutive loss. 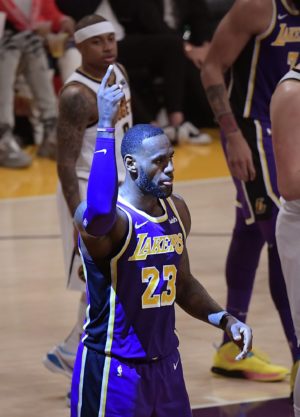 Denver (43-21) blew all but two points of its huge early lead, but Harris and Nikola Jokic contributed key baskets down the stretch of the Nuggets’ first win of March.

Jamal Murray scored 19 points and Jokic had 12 points, 17 rebounds and eight assists for the Nuggets, who had lost four straight to the Lakers on the road despite their growth into an elite NBA team during that time period.