Thunder get wild 129-121 OT victory over the Trail Blazers 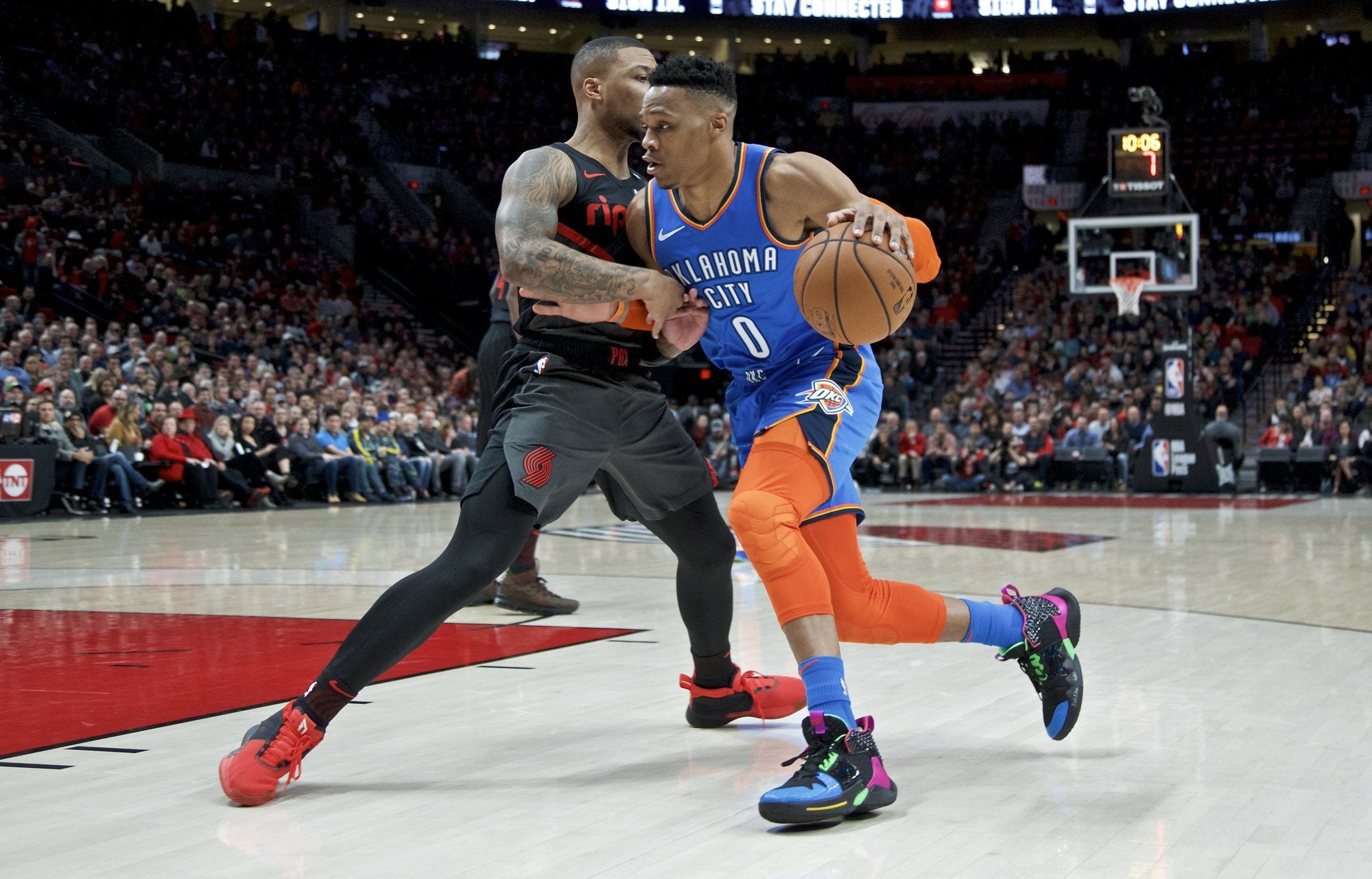 The victory gave the Thunder a four-game series sweep of the Blazers this season.

Damian Lillard had 51 points for the Blazers, while Jusuf Nurkic added 13 points and 17 rebounds before he was sent off with his second technical with under a minute to go in regulation.

The teams had gone into the game knotted for third in the Western Conference — along with the Houston Rockets — with identical 39-25 records.

The Thunder led by a slim 85-83 margin going into the fourth quarter in a game where neither side stretched the advantage to double digits.

George appeared to elbow Nurkic, who was knocked to the floor as Terrance Ferguson made a layup that put the Thunder up 113-111. Portland players protested, but no call was made.

Words were then exchanged between Nurkic and George under Portland’s basket. After a review both received offsetting technicals, and a foul was called on the Thunder. Because Nurkic already had a technical, he was ejected and the Thunder chose Blazers reserve Skal Labissiere to make the free throws. He missed both, but a loose-ball foul was called on the Thunder and Al-Farouq Aminu made both shots to tie it at 113 with 2.9 seconds left.

After a turnover by the Thunder, the game went to overtime. But Portland was without Nurkic for the rest of the way.

The Blazers were home after a largely successful seven-game, post-All-Star break road trip, during which they went 5-2. But Portland was coming off a 120-111 loss at Memphis on Tuesday night.

The Thunder had lost five of their previous six games, including a 131-120 loss at the Timberwolves on Tuesday.

It was the first chance for the home fans to see Enes Kanter, who the Blazers picked up after he was waived by the Knicks following the trade deadline. He was once a starter in New York, but fell out of the rotation when the team turned its focus to younger players.

Kanter came into Thursday’s game to a rousing ovation with 3:56 to go in the first quarter.

Portland went on a 12-2 run midway through the second quarter to pull in front, 45-40. Westbrook shoulder checked Nurkic so hard he fell to the court. Westbrook got a flagrant, but Nurkic was given a technical for what looked like a trip a few moments earlier.

The Blazers led 61-58 at the break, with Lillard leading the way with 21 points. George had 18 for the Thunder. Oklahoma City took back the lead in the third quarter when Jerami Grant’s basket made it 68-67.