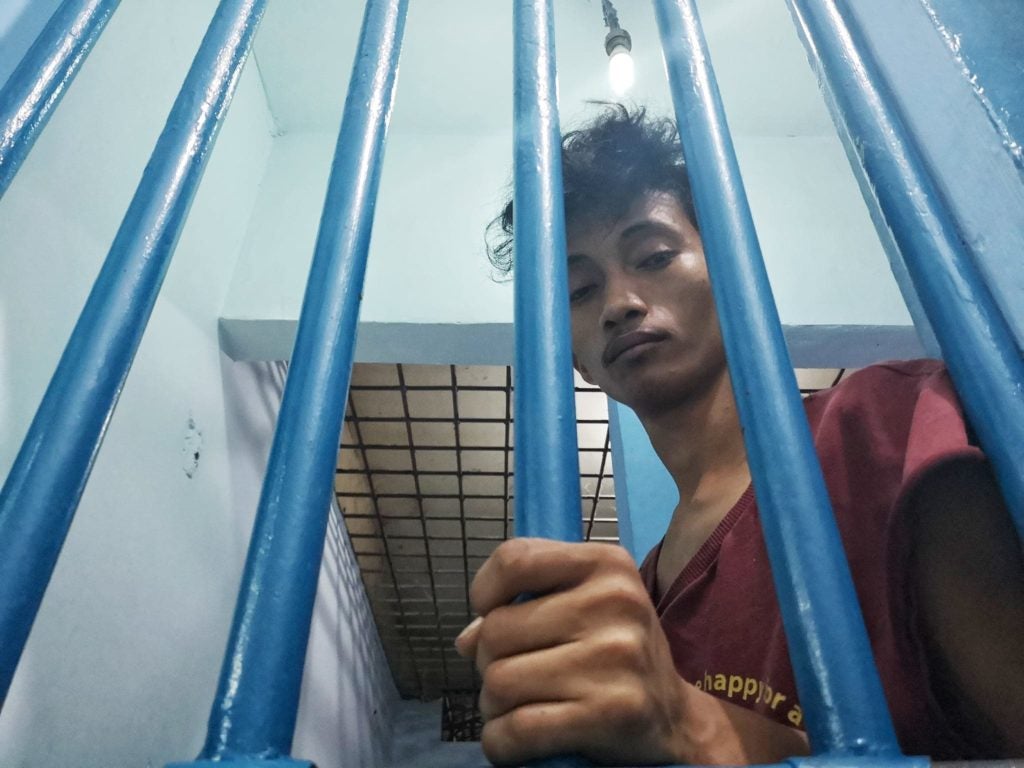 Fraim Fructuso, a suspect in robbing a store in Barangay Lahug and raping a girl, is behind bars after he was caught in Tabogon town on Monday, March 11. | Tonee Despojo

According to Chief Inspector Dindo Juanito Alaras, Mabolo Police Station chief, the suspect, Fraim Fructoso, hid from authorities and traveled all the way to Tabogon after a video of him in the store prior to the alleged store robbery and rape of the girl went viral on Facebook.

Alaras also said that Fructoso was a known drug user in Barangay Lahug, and they were also investigating if he was into selling illegal drugs as well.

Alaras said that they considered the suspect’s arrest a success since they were able to easily coordinate with the Tabogon Police and find the suspect’s whereabouts in three days after the report of the robbery and rape was made.

The video from the security camera of the store showing Fructoso inside prior to the alleged crime was posted on Facebook by a worker of the store where Fructoso allegedly raped the minor. It garnered 8,200 reactions and 32,000 shares.

Alaras said he was grateful for the closed-circuit television footage because this was what helped identify the suspect and traced his whereabouts.

He said that they were checking Fructoso’s background and checking possible links to any robbery or rape cases in the past.

Alaras is also encouraging other victims to report to them so that they could help them file cases against the suspect.

Meanwhile, Alaras said that the 14-year-old girl had been under the custody of the Department of Social Welfare and Development (DSWD) especially since the girl might have been traumatized by the incident.

He said that they would file rape and robbery charges against Fructoso tomorrow (Tuesday, March 12).

Alaras also said that if police and the public work together, it would be easier for the police to catch suspects of a crime.

Fructoso was detained at the Mabolo Police Station detention cell pending the filing of charges./dbs