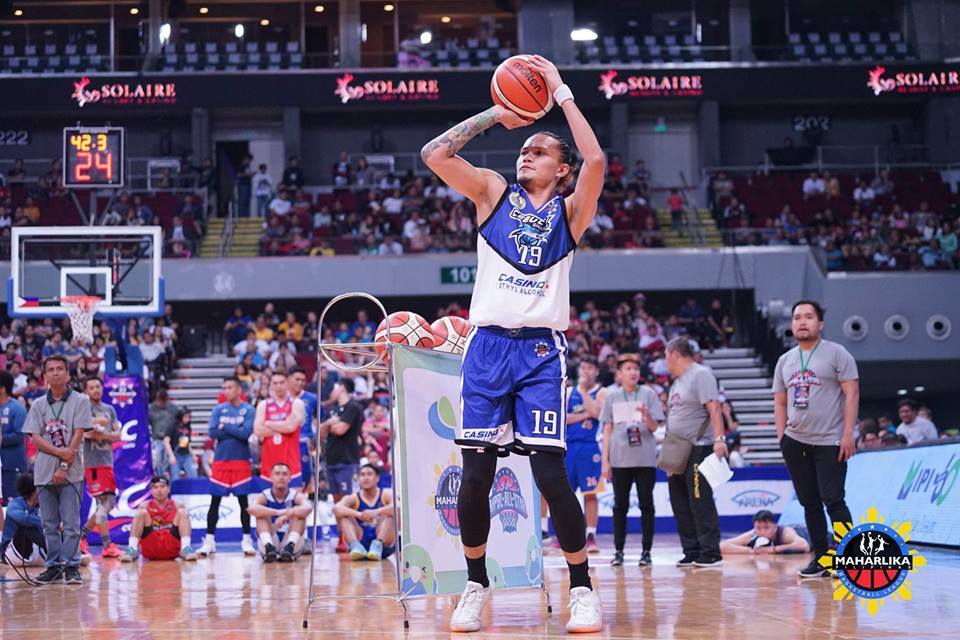 Cebu City, Philippines — Even after suffering an unfortunate ankle injury last weekend, the Cebu City Sharks’ top gun Patrick Jan Cabahug remains to be a beacon of positivity for his young teammates.

Cabahug rose up for a jumpshot when UE guard Philip Manalang challenged a little too close and the former ended up landing on the latter’s foot, causing the injury.

Cabahug’s foot was immediately placed in a cast after the game and was advised by the doctor to take two weeks off, thereby putting him out of commission in their best-of-three series against the MPBL South Division’s top seed, the Davao Occidental Tigers.

Game 1 of that series is on Thursday, March 14, in Davao Occidental with Game 2 set for Saturday, March 16, in General Santos City.

Though clearly disappointed with the recent development, Cabahug is imploring his squad to stay the course even against a top-tier team that features a number of ex-PBA players like the Tigers.

“I motivated them to play even harder. I just encouraged them na kaya na nila. I didn’t show na down and frustrated ko. Instead, I’m keeping myself positive as I can around them para dili sila maapektuhan especially na playoffs na,” said the Cebuano sniper, who is averaging 15.73 points, 4.73 rebounds and 2 assists per game this season.

But Cabahug admitted his frustration with not being able to help his team on the floor, given how hard he and the rest of the Sharks have worked to get themselves into the playoffs especially with their terrible start to the season.

Nevertheless, hope floats for the rest of the Sharks with the onus now on William McAloney, Rhaffy Octobre, Edrian Lao and Jaybie Mantilla to try and pull the rug from under the highly-touted Tigers.

“We came this far, it’s not the time na panghinaan og loob. I believe in my teammates na kaya na nila. We have support for each other. Let’s go Sharks!” /bmjo