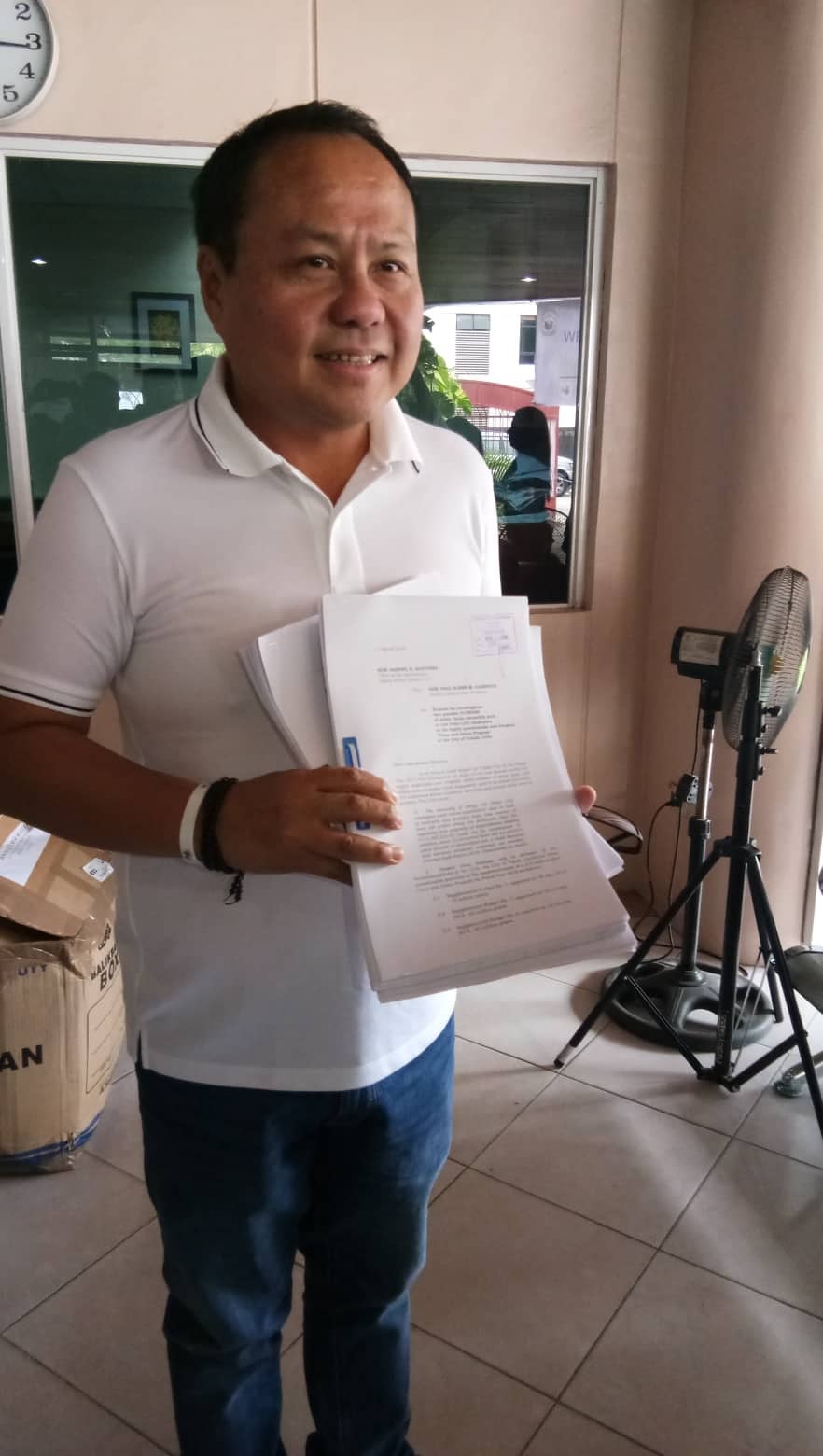 Former Congressman Pablo John Garcia files a request to the Office of the Ombudsman for investigation against Toledo City officials, whom he accused of possible plunder. |Futch Anthony Inso

Garcia alleged on his letter to the Ombudsman that the city hired ghost employees for the Clean and Green program where the fund was allegedly used.

“The fund, ostensibly to employ job order (JO) employees at P350 per day to clean and green Toledo, was appropriated thru supplemental budgets in three tranches beginning in May and ending in October of 2018. Considering the sheer magnitude of the fund, there should have been a clear and unmistakable improvement in the hygiene and landscape of the city,” Garcia said.

Garcia estimated that the amount could already employ around 4,760 JOs within six months based on the timeline that the fund was allocated.

In his presentation, the former congressman said that on May 30, 2018, the city has allocated P70 million for their Clean and Green Program. On October 10, 2018, the City Council has approved another supplemental budget worth P80 million and another P60 million on October 25.

“And yet, in the last quarter of 2018, the garbage and sanitation situation in Toledo City reached abhorrent levels, characterized by uncollected garbage everywhere, and the city’s sanitary landfill being operated as a virtual open dumpsite,” he claimed.

“The situation became a health hazard, even life threatening, such that the Environmental Management Bureau (EMB) had to eventually step in. This situation led residents to ask: What happened to the Clean and Green Program and the hundreds of millions appropriated for it?” he said.

On his letter to the Ombudsman, Garcia claimed that the Clean and Green Program was implemented by few officials through employing ghost employees, which he categorized on the following: fictitious persons; real persons whose names were listed as JO employees without their knowledge or consent; and real persons who knew that their names were listed as JO employees but who were not actually made to work and who either were not paid or were merely promised a small sum, with the officials pocketing the bulk of the salary.

He also alleged that the entire payrolls were filled with forged signatures.

Due to this, Garcia is asking the Ombudsman to issue a cease and desist order against the implementation of the city’s Clean and Green program pending investigation, to protect the interests of the city. /dbs