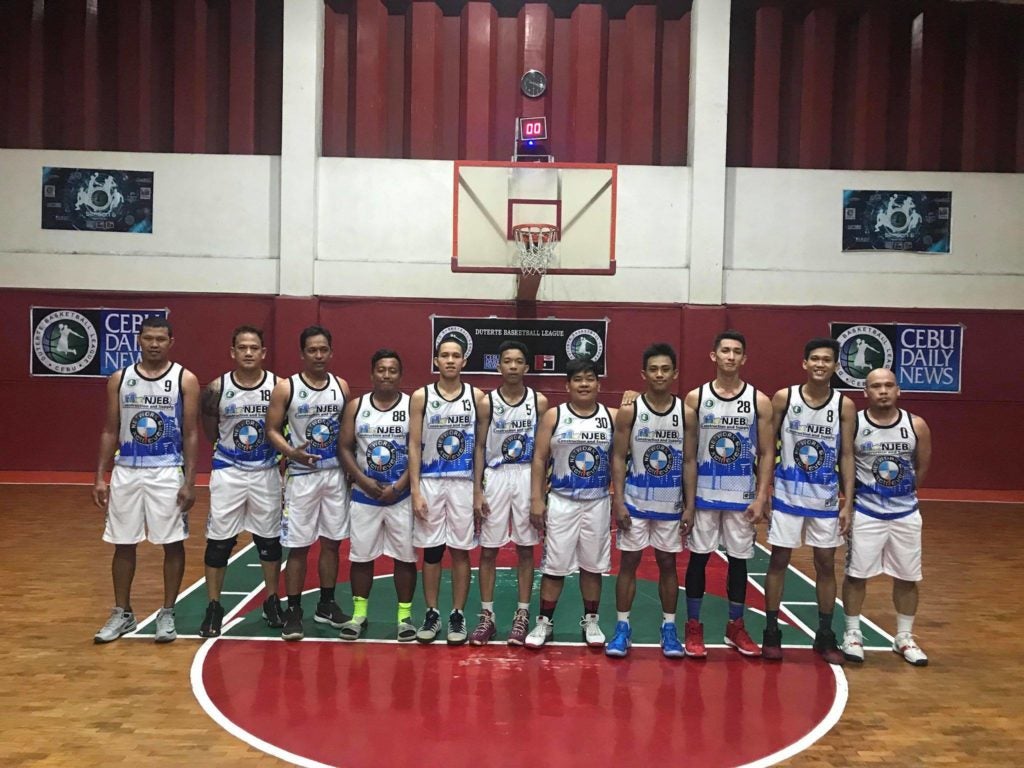 Cebu City, Philipines — NJEB Construction pulled the rug from under JEPS as they upset the latter, 93-91, in the Duterte Basketball League Season 6 last Sunday, March 10, 2019, at the Capitol Parish Gym.

The frontcourt combo of Nick Abapo and Neil Belga proved to be the difference-maker in the game as the former scored 27 points while the latter put up 18 markers to help complete the stunning upset.

In other games, the defending champions Lycans brushed off the Sherilin Warriors, 79-66.

Ironically, it was former University of San Carlos Warriors standout, Sam Hermosa, that helped bury his former teammates, scoring 15 points, while ex-University of the Visayas Baby Lancer star JC Escalona helped out with 14.

H&G, meanwhile, routed Journey to Recovery, 97-72, as Noel Canedo and Allan Sala each had 19 points.

And finally, Penthel rounded out the winners of the five-game slate with a resounding 97-66 bashing of HLT & JDC as Junryl Gillera paced the winning side with 19 points while athletic wingman Biboy Potencioso put up 14. /bmjo