Green sea turtle rescued, released back to the sea 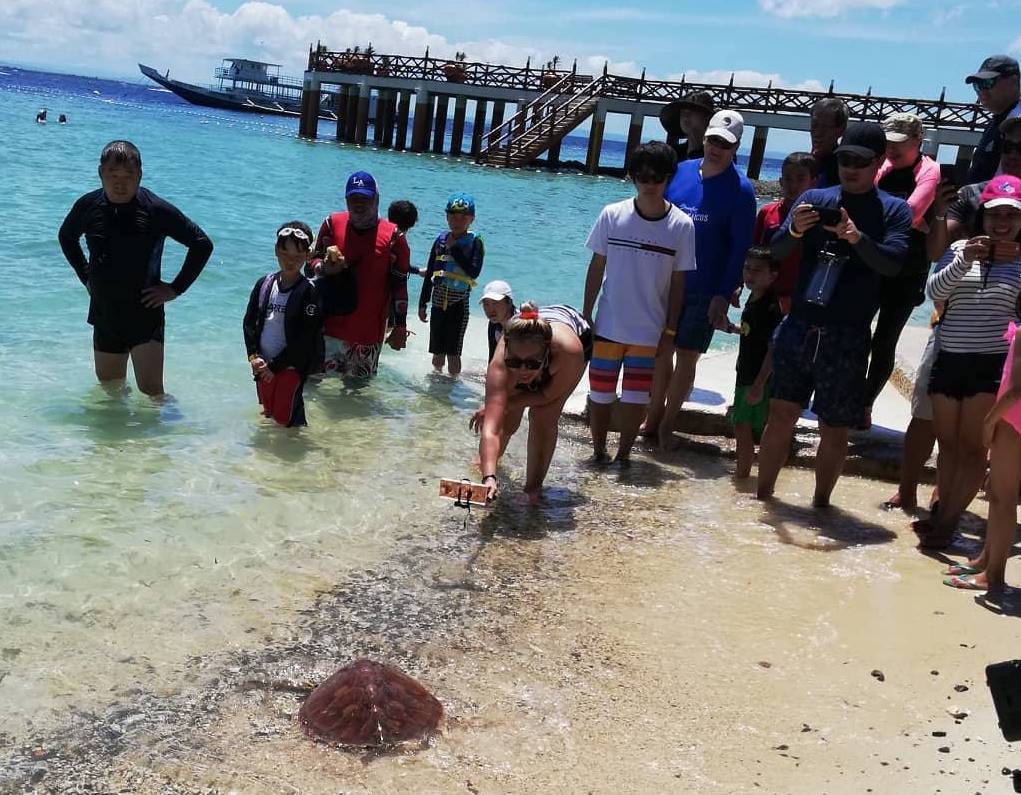 A green sea turtle is released back to the sea in Lapu-Lapu City. | photo courtesy of Lapu-Lapu City Head of Disaster Team Andy Berame

Cebu City, Philippines — A 30-year-old, female green sea turtle was released back to the sea on Wednesday, March 13, 2019 off the shores of Barangay Maribago in Lapu-Lapu City.

Purisima then coordinated with Lapu-Lapu City Head of the Disaster Team Andy Berame for the immediate release of the green sea turtle.

According to the World Wildlife Fund (WWF) website worldwildlife.org, green sea turtles are classified as endangered as they are threatened by overharvesting of their eggs, hunting of adults, being caught in fishing gear and loss of nesting beach sites.

The Department of Environment and Natural Resources together with Lapu-Lapu City Disaster Risk Reduction Management Council led the releasing of the turtle at around 11:00 a.m. on Wednesday at a waterpark’s marine sanctuary in Barangay Maribago. /bmjo