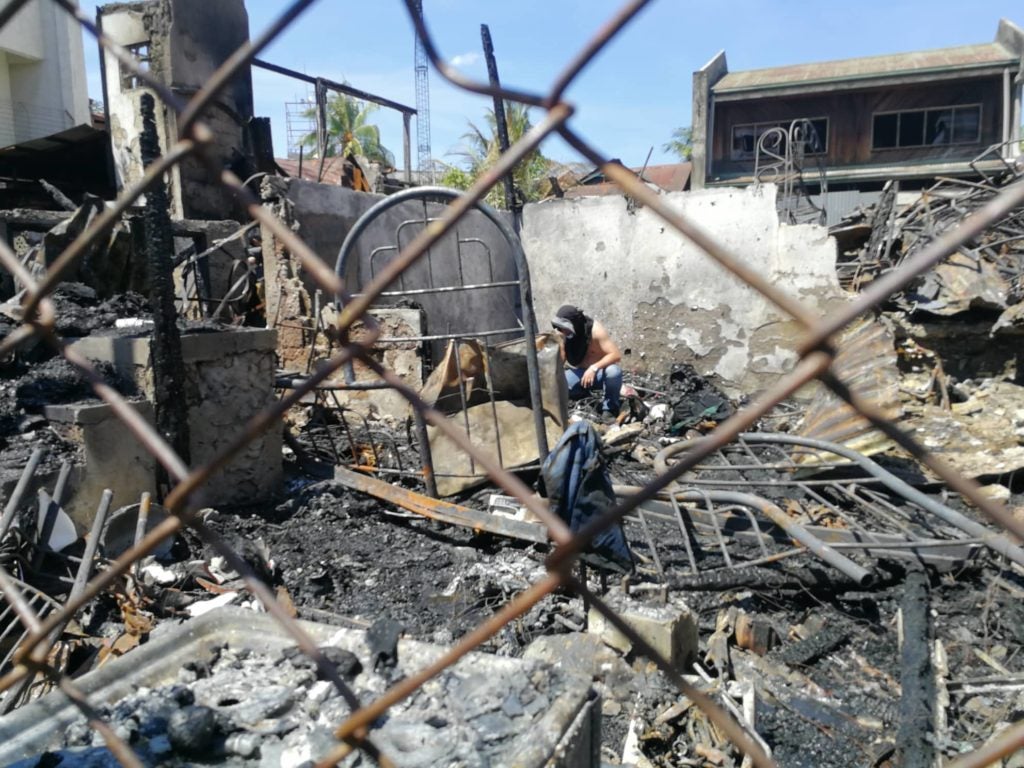 Cebu City, Philippines — The over 200 individuals displaced by a pre-dawn fire that struck at Sitio Lacros, Barangay Labangon, Cebu City on Thursday, March 14, 2019, are now in need of construction materials to rebuild their homes.

Emmy Luague, her husband Jimmy, and their three children, were not able to save any belongings when the fire erupted from the house of Mario Abella.

The 45-year-old Luague, who sells cooked food and other goods in her small sari-sari store located a few meters away from their house, also said they had to prioritize on saving her paralyzed husband.

She said they want to rebuild their house as soon as possible, since they have no sufficient money to look for other places to stay.

For the meantime, the Luagues stay in their small sari-sari store that was spared from the fire.

As of 8:35 a.m. Thursday, data from the Department of Social Welfare Services (DSWS) of the Cebu City Government showed that 23 houses were razed while 47 families or 217 individuals were displaced.

The fire claimed the life of Mario Abella, 65, who was reportedly trapped in his house during the fire.

James Adorable, Abella’s grandson, said they believe the fire started when the elder Abella forgot and left the water he was boiling.

Adorable also said they need help for the treatment of his cousin and niece, who sustained injuries after the fire.

Reports from fire investigators showed that the fire started at 2:32 a.m., and reached to third alarm six minutes later or at 2:38 a.m. /bmjo