(Part one of three parts) Public librarian Rosario “Ruth” Chua says it was a cause for alarm among professionals in her field when technological advancements produced e-books and e-readers.

There was a projection on the death of libraries so librarians, like herself, carried out initiatives to encourage people to visit the libraries and avail of its services.

But with the deteriorating condition of facilities and the availability of up-to-date books and research materials, it was, quite honestly, a challenge to attract people to choose the libraries over their state-of-the-art laptops and speed-of-light fast handheld devices.

At some point in the history of the Cebu City Public Library, in 2008 to be specific, a suggestion was made to shut it down and replaced it with so-called “satellite libraries.”

The plan to close the doors of the library was stopped by a strong and united community voice, composed of the media and loose group called Friends of CCPL, who called for the library to remain open to serve the public.

In 2018, technology, which Chua feared as the probable reason for the death of libraries, became the platform that chartered the future of the Cebu City Public Library.

Colorful past
The story of the Cebu City Public Library started in 1919 as the Cebu branch of the National Library of the Philippines.

The library moved to different buildings until 1938 when the three-storey building was launched to the public as the Rizal Memorial Library and Museum. Funds used to construct the building came from ticket sales through carnival expositions and musicals led by then councilor Jose Nolasco.

However, the library closed its doors in the mid 40s during the Second World War. It became the headquarters of the Japanese army.

It was rented out to Perpetual Succour Hospital for only P50 until in 1959 when the hospital moved out.

Repairs and repainting was done to restore the library. 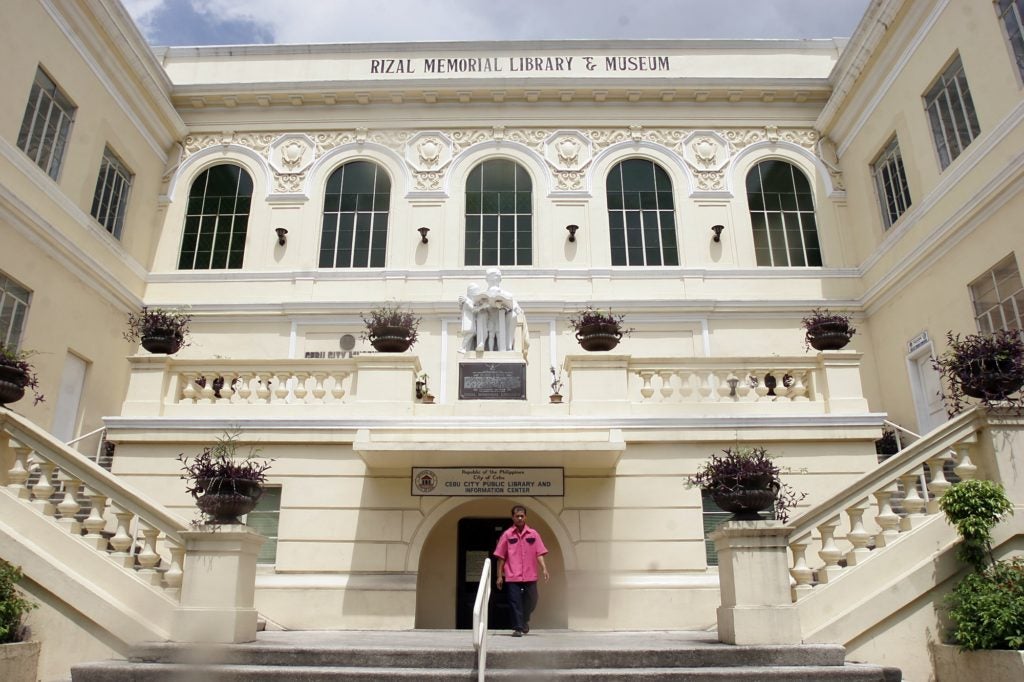 The Rizal Memorial Library and Museum located at Osmeña Blvd., Cebu City, now officially called the Cebu City Public Library, in this photo taken in 2008, or 10 years before it operated 24/7, the first public library to do so in the Philippines. | CDN File Photo

Students and senior citizens are the top library patrons, who frequent the library during its operating schedule: Monday to Friday, from 8 a.m. to 5 p.m. The library was closed on weekends.

It has been the same schedule ever since until a Facebook comment caught the attention of Cebu City Mayor Tomas Osmeña.

A new direction
The growing popularity of the Mayor’s Facebook page drove netizens to post comments and suggestions, which the mayor personally responds to.

On March 5, Tuesday, an engineering student named Mitch Roldan, asked Osmeña if it was possible for him to consider opening the library 24 hours so students can have a secure and affordable place to study, and not rely on fast-food stores.

Comments on that thread pointed out the need for students to have a place for study that is free and safe.

Studying in coffee shops means paying at least P100 for a cup of coffee, while study centers would cost between P20 to P25 per hour without coffee.

The following day, March 6, Osmeña Facebook page noted that it “checked in” the public library a few minutes after 12. The Mayor then updated his Facebook page with an announcement that the public library is being outfitted for 24-hour use with upgrades being conducted on air-conditioning units and hiring of additional security guards and library staff being prioritized.

Osmeña initially said that library hours will be extended until midnight starting March 9, 2018 as they are working on the necessary upgrades. 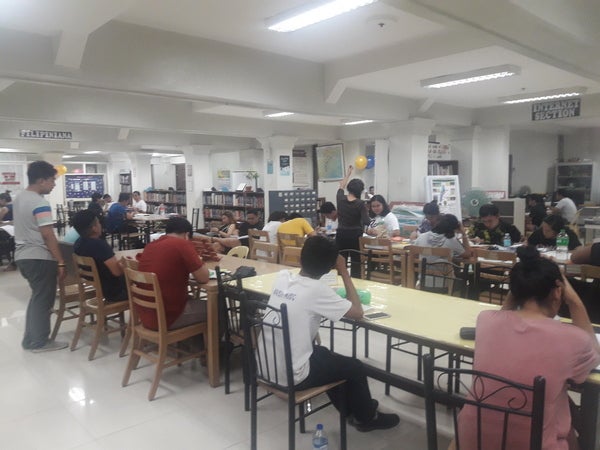 At 1 a.m. of March 10, 2018, the number of people studying at the Cebu City Public Library was around 60 including those who occupied the reading room on the second floor. The most number of students was 160 who came from 8 p.m. to 11 p.m. |CDN File Photo

But he surprised Cebuanos and non-Cebuanos living in Cebu when he announced that the CCPL is officially opened for 24 hours, seven days a week, starting March 9, 2018. Up next: How old and new library staff coped with busier operations

Read Next
Pagsangyaw 2021: Speakers urged to live by God’s words