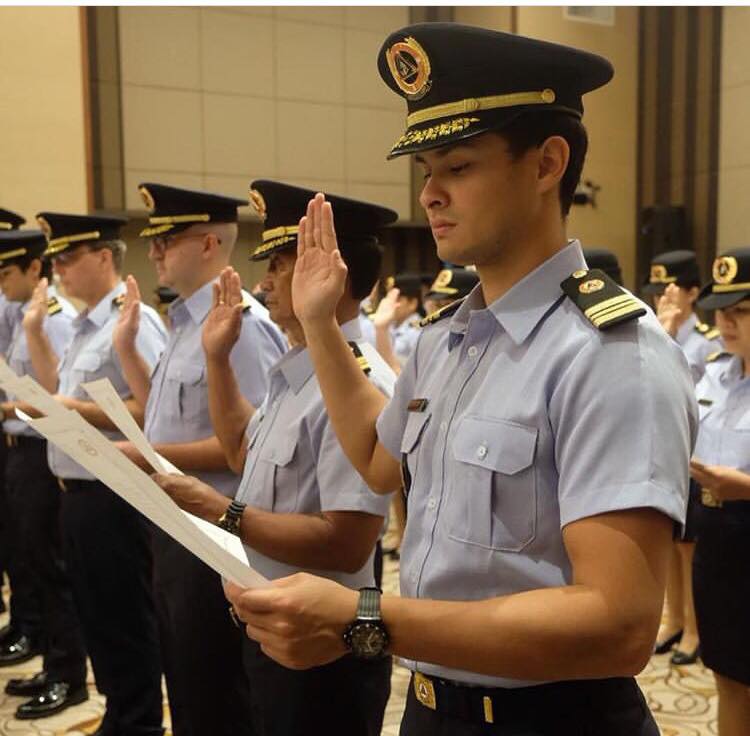 Jacques Branellec, the husband of Cebuana fashion designer Mia Arcenas, posted a photo on his Instagram account during the oathtaking held in Puerto Princesa, Palawan.

Guidicelli is the boyfriend of Popstar Royalty Sarah Geronimo, who inked a contract with Viva Artist Agency last February.

He is known for his roles in ABS-CBN’s television series like, “Dolce Amore” and “Bagani.”

Joining him in the oathtaking were Erwan Heussaff and Nico Bolzico.  The three celebrities have the rank of lieutenant in PCGA.