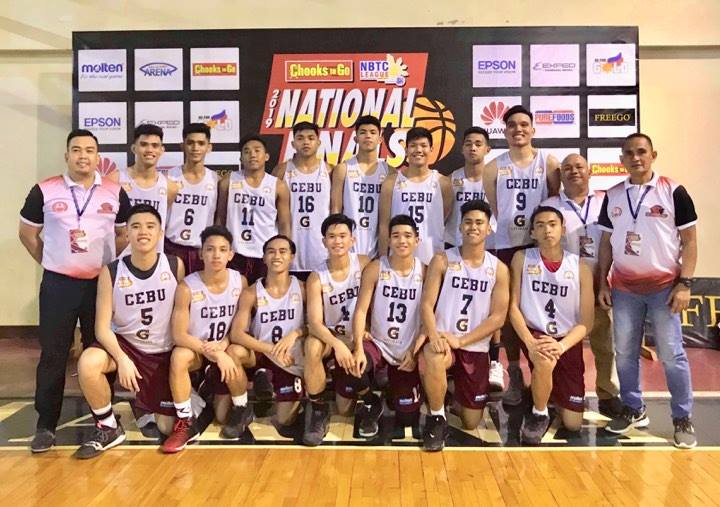 Now it’s all up to the players to respond as they take on Vancouver in the Supreme 16 stage of the Chooks to Go/NBTC League 2019 National Finals on Wednesday, March 20, 2019, at the Mall of Asia Arena.

Gametime is at 6 p.m. with the Baby Cobras looking to build on their 103-49 rout of the Dolores National High School in the Round of 32 on Tuesday.

Abuyabor shares he has not been remiss in telling his players what to expect at the cavernous MoA Arena.

“I told them that it’s going to be cold there. For the past two days we practiced in the Upper Deck, which is also air conditioned for them to acclimate. We wanted our players to have the experience of practicing in an elite na gym for them to be comfortable with the MoA in the coming days.”

The barrel-chested coach also relays how excited his players were to make their debut in the NBTC Nationals.

Fortunately, the Baby Cobras were able to positively channel their excitement into fine play against the team from Eastern Samar.

“The players made their excitement as [motivation for the] game and to adjust to their opponents. We just wanted get everyone involved and contribute even with the small things,” he adds.

In spite of the easy win, Abuyabor reminds his team to keep their focus and edge as the competition reaches its tougher stage.

“The coming days will be tougher. We will still stay focused in fighting to climb to a higher level. In terms of height, they’re really big but I just reminded them to always play smart and not lose their temper if ever they feel they get bullied by the big players.” /bmjo