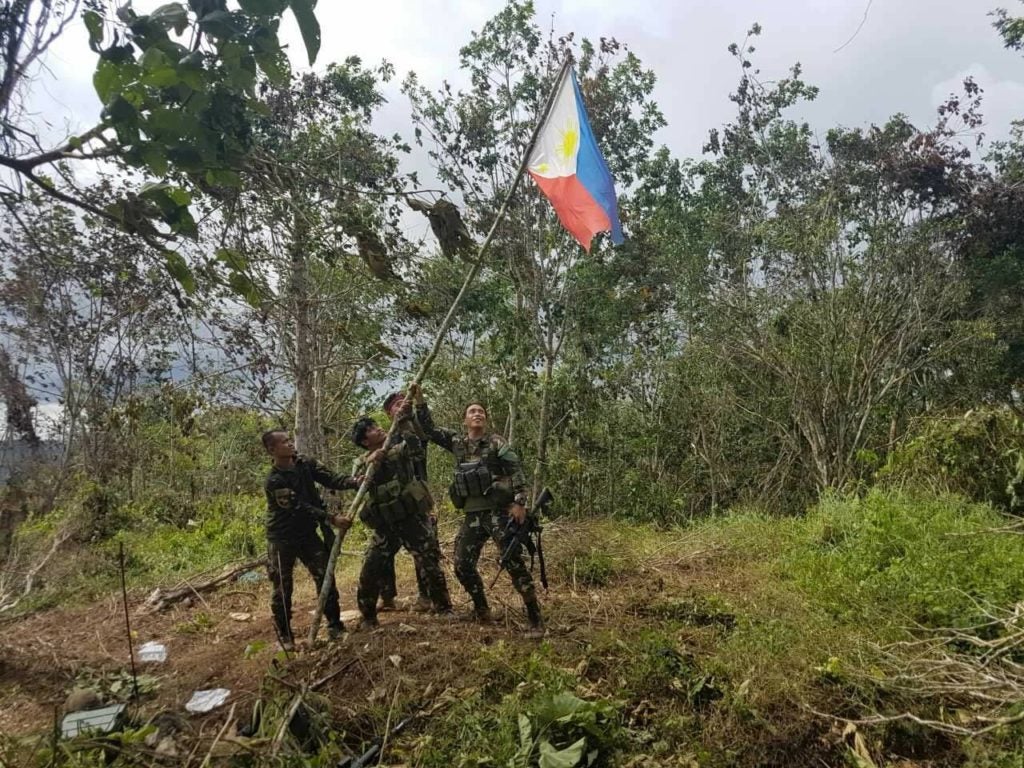 Army Scout Rangers hoist the Philippine flag in an Abu Sayyaf encampment in Basilan in this file photo. Members of the Special Forces on Tuesday, March 19, 2019, killed a sub-leader of the bandit group in Talipao, Sulu. CONTRIBUTED PHOTO

ZAMBOANGA CITY, Philippines – A sub-leader of the Abu Sayyaf Group and an unidentified man were killed in an encounter on Tuesday afternoon in Barangay Upper Binuang, Talipao town, in Sulu.

Brigadier General Divino Rey Pabayo, commander of Joint Task Force Sulu, said that personnel of the Special Forces under 1st Lt. Rhoy Lanzar clashed with five members of the Abu Sayyaf in a 10-minute firefight that started around 4:45 p.m.

The group was believed to be led by sub-leader Angah Ajid, whose body was left along with that of the unidentified man at the scene of the encounter.

Ajid, who had been listed as a high-value target, was involved in the April 23, 2000, Sipadan kidnapping.

On Monday, March 18, an encounter in Barangay Simusa Island, in Banguingui town, in Sulu resulted in one dead and one wounded.

Troops of the 21st Marine Company clashed with the bandit group in sitio Mono-Mono in Simusa Island in a three-minute firefight that killed a certain Hamza Hamad, 19, of Sirawai, Zamboanga del Norte.

Captured was Alvin Mohammad of Simusa Island. Mohammad was wounded and is undergoing treatment and custodial debriefing at the Kuta Heneral Teodulfo Bautista Hospital in Bus-bus, Jolo.