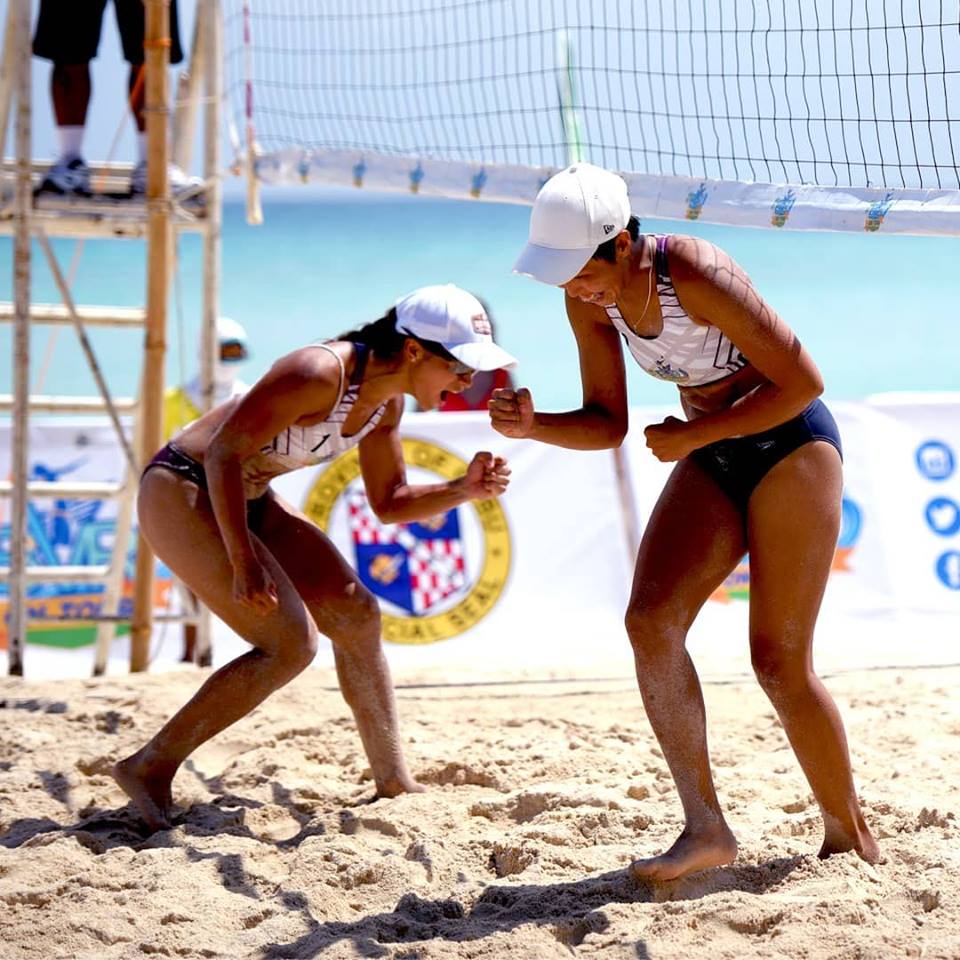 It was Tan and Rodriguez’s second championship in a row, winning all five matches in the beach volleyball circuit’s third visit to Cebu province.

Tan and Rodriguez were first challenged in the semifinals, rallying from a set down to beat Air Force 1’s May Ann Pantino and Jozza Cabalza, 14-21, 21-18, 15-12, while the Doromal sisters topped Bacolod’s Bianca Lizares and Margie Señas, 24-22, 21-19, in the other pairing.

Pantino and Cabalza settled for third place after prevailing over Lizares and Señas, 21-15, 21-13. Sharing the spotlight is Air Force-AboitizLand’s Ranran Abdilla and Jessie Lopez, who overcame a first set loss and rallied from a 4-8 deficit in the third set to nip University of St. La Salle-Bacolod’s Harold Parcia and Neil Depedro, 11-21, 21-16, 15-13, and emerge as men’s champions for a third consecutive time.

The triumph was a fitting send-off for Abdilla and Lopez, who also ruled the December Open held in Manila late last year and the Puerto Galera leg two weeks ago, as the Air Force standouts will now fully concentrate on the national indoor volleyball team preparing for this year’s Southeast Asian Games.

It was still a great run for Parcia and Depedro, who scored a 21-18, 15-21, 15-9 win over NU Boysen 1’s James Buytrago and Pol Salvador to arrange a finals duel with Abdilla and Lopez, who overcame an energy-zapping opening set to dispose Visayas 1’s Jade Becaldo and Kevin Juban, 35-33, 21-17.

Buytrago and Salvador completed their first-ever podium finish after besting Becaldo and Juban, 21-18, 21-19.

In the quarterfinals, Tan and Rodriguez bested PetroGazz’s Jonah Sabete and Melanie Torres, 21-17, 21-17.

A BVR Sandroots clinic was held in coordination with the Cebu Provincial Sports Commission, with coaches Jason Gabales, a Santa Fe native, and Grace Antigua leading the program./dcb