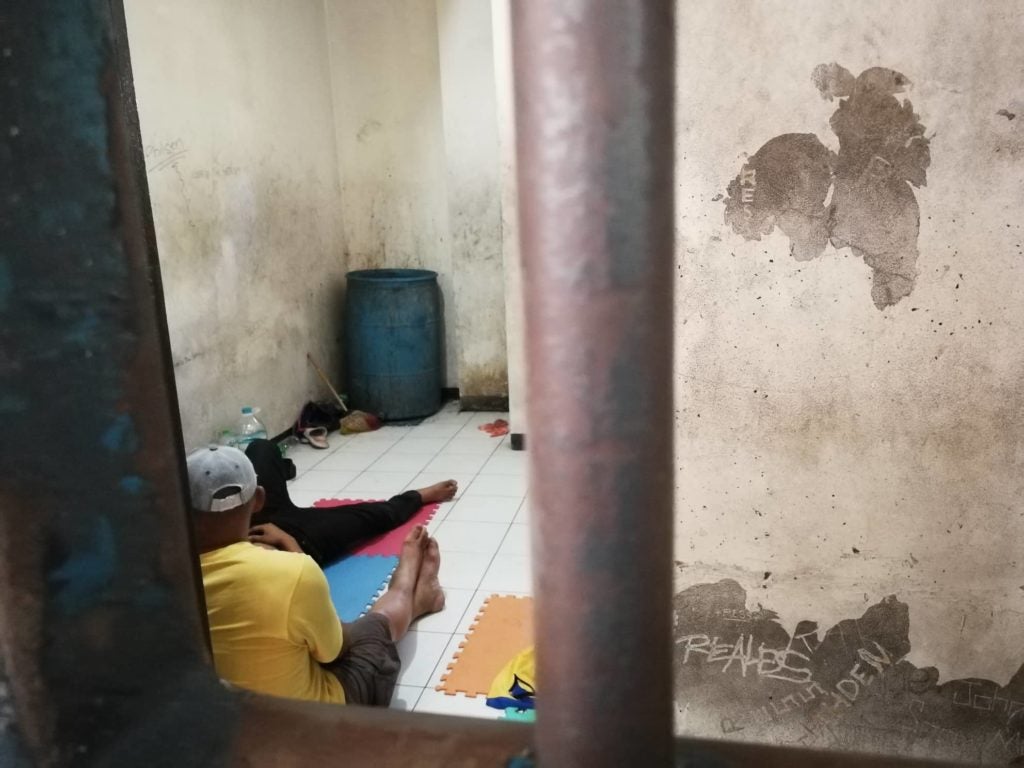 PO2 Alejandro Sultan is detained at the Fuente Police Station after his live-in partner accused him of verbally abusing her. | Morexette Marie B. Erram

CEBU CITY, Philippines — A police officer is in trouble after he is accused of allegedly verbally abusing his live-in partner or common law wife, and pointing a gun at a 15-year-old boy after he reportedly got drunk.

Senior Police Officer 2 (SPO2) Alejandro Sultan Jr., who is assigned at the Police Regional Office in Central Visayas (PRO-7) headquarters, was arrested after his common law wife, Niña Janen Orquiza, and the mother of the 15-year-old boy reported what Sultan allegedly did to the Fuente Police Station, said Chief Inspector Eduard Sanchez, Fuente Police Station chief, in an interview with Cebu Daily News on Thursday, March 28.

According to the investigation, Sanchez said that Orquiza reported the incident at past midnight on Thursday, March 28.

“Apparently, he and his live-in partner got into a huge fight so he tried to comfort himself by drinking alcohol until he became drunk and started displaying aggressive behavior,” he added.

Sanchez said Sultan would face administrative and criminal charges, and might even be dismissed from public service.

“We will file administrative and criminal charges, which will include violation against women and children (maltreatment), grave threat, and violation of the Comelec gun ban. These could be grounds for dismissal,” Sanchez said.

He also said that the liquor test also showed that the police officer was indeed intoxicated.

The mother of the 15-year-old boy allegedly threatened at gunpoint, also reported the incident to the authorities.

The mother said, in a separate interview, that she would file charges against Sultan, adding that her son was traumatized by the incident.

“My son was traumatized from what happened. He only happened to be near the area where he (Sultan) and his live-in were fighting. That’s why he was so shocked and nervous when the police placed a gun on one side of his head,” mother said.

He said that they also confiscated Sultan’s service firearm, a 9 mm Beretta.

Sultan was detained at the Fuente Police Station pending the filing of charges./dbs