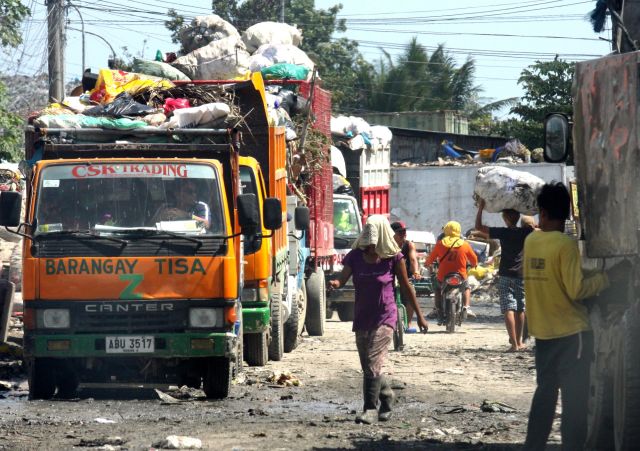 Proposals to transform the Inayawan landfill into an industrial economic zone  have been submitted as its rehabilitation starts.
CDN FILE PHOTO

CEBU CITY, Philippines — The Cebu City Environment and Natural Resources Office (Cenro) will be presenting the final rehabilitation plans of the Inayawan Landfill to the City Council on April 23.

According to Nida Cabrera, Cenro head, that she already expected the City Council to want to see the rehabilitation plans first before approving it.

(We already informed the consultants. They were the ones who conducted the study and so we invited them.)

Cabrera said the Solid Waste Management Board would also attend to explain the situation in the landfill which was closed in 2016 by a Writ of Kalikasan order by the Court of Appeals.

Last March 26, the City Council put on hold the approval of the rehabilitation plan of the Inayawan landfill as proposed by the developer, Full Advantage Philippines International Inc. (FAPII).

“We are trying to approve the final plans for the landfill, but the plan is not attached in the resolution (seeking its approval),” said Barug PDP-Laban Councilor Jocelyn Pesquera during their March 26 session.

Councilor Jerry Guardo, the proponent of the resolution for the rehabilitation plan, called for an executive session on April 23 to allow the FAPII, Cenro, and the Solid Waste Management Board to explain and discuss the plans to the council.

Cabrera said she was hoping that during the executive session, the council would favor the plans of a waste-to-energy (WTE) facility at the landfill’s service area with the city government being given the option to decide on how to go about its development into an industrial or economic zone, recreational eco-park, or renewable energy center.

The budget of the landfill’s rehabilitation totals P80 million with at least P36 million allotted for the 4-meter-high concrete fencing around it.

Carbrera said that the construction of the fence have already begun in late 2018 to secure the area for the rehabilitation. /dbs