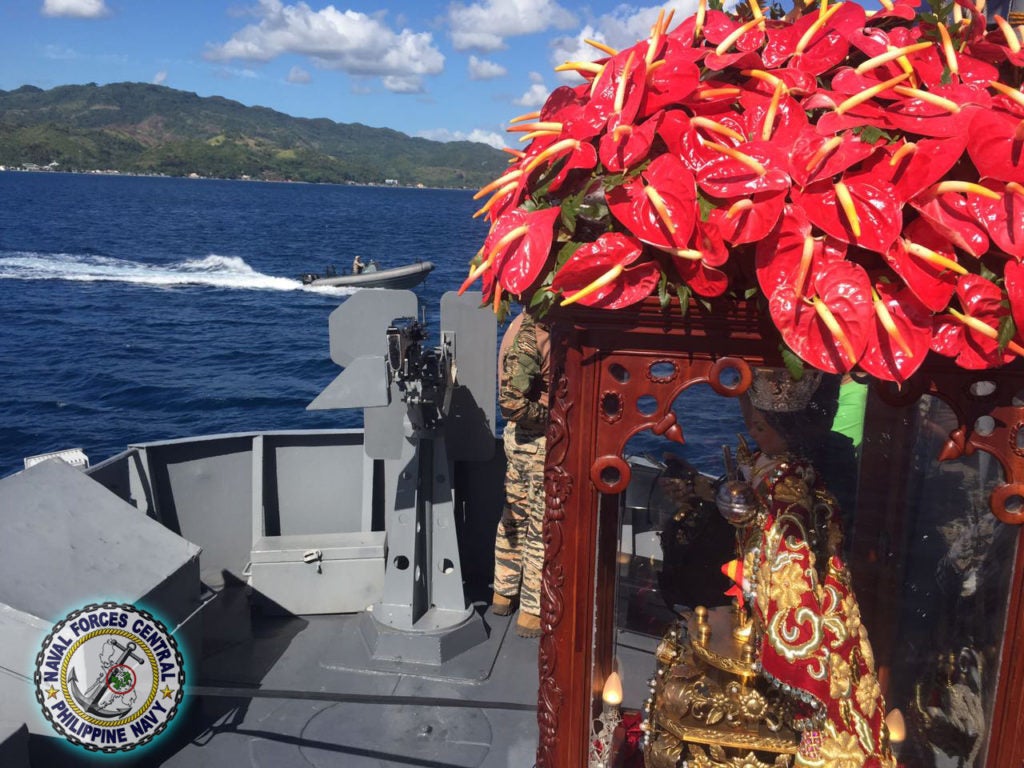 LAPU-LAPU CITY, Philippines- BRP Salvador Abcede (PC 114) of the Naval Forces Central’s (NFC) provided transportation to the image of the Sto. Niño and pilgrims during the 498th commemoration of the First Easter Mass in the country held in Limasawa, Southern Leyte.

The Philippine Navy thru NFC’s Naval Task Group 50.1 “Stingray” transported thousands of pilgrims from the Maasin City Pier to the Limasawa City Pier and vice versa during the celebration held from March 30 to 31, 2019.

Other NFC vessels also conducted maritime patrols and provided seaborne security to ensure the smooth and safe flow of celebration.

A mass was held upon arrival of the miraculous image on the island.

Limasawa is a small island of historic importance located at the Southern part of Leyte province.

Historically, this was where Ferdinand Magellan first made extended contact with Filipino natives on March 28, 1521. This was also where the first Roman Catholic mass was celebrated on March 31, 1521 in the Philippines by Father Pedro de Valderrama under the fleet of Ferdinand Magellan. /dcb

Read Next
PAO forensic team: Christine was raped before she was killed